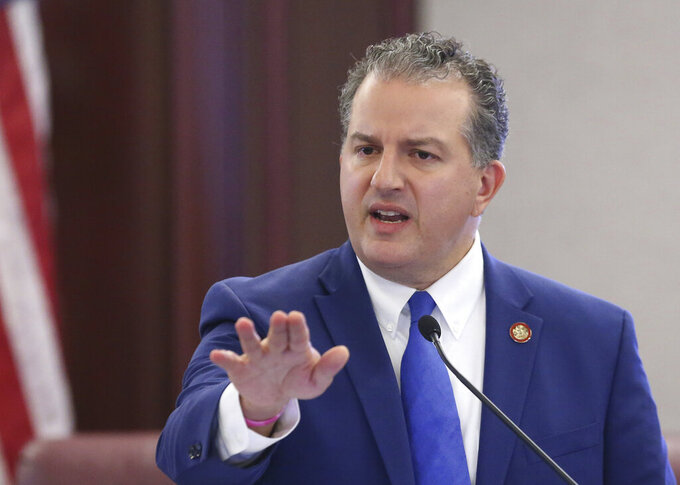 TALLAHASSEE, Fla. (AP) — Florida is seeing a surge in people making claims for unclaimed property since the coronavirus pandemic has shaken up the state's economy, but apparently President Donald Trump hasn't made an effort to have money returned to him.

Florida Chief Financial Officer Jimmy Patronis said in a telephone interview that the state is setting records for the amount of money being returned to people since the pandemic began.

“We pushed out over $38 million just in the month of March. That’s the second highest month in the history of the program,” Patronis said. “Just during the COVID-19 pandemic time, we’ve pushed out almost $124 million. That’s $124 million that’s going back into the economy. That’s money that’s not sitting in our accounts anymore.”

There are millions of accounts with unclaimed property. It could be a savings account someone forgot about, a car insurance refund, inheritances and more. For Trump, the state's website lists unclaimed checks that FedEx tried delivering to a $10 million house he owns near his Mar-a-Largo resort. The amount? $354.69.

And he's not the only high profile person with money sitting around waiting to be claimed. Republican U.S. Sen. Marco Rubio has money owed to him by the Florida Department of Transportation for an overpayment in tolls. Baseball Hall of Famer and co-owner of the Florida Marlins Derek Jeter has money waiting for him from a life insurance company.

And while Patronis said he recently returned a five-figure check to famed former football coach Lou Holtz, he said his office is trying to ramp up attention to the unclaimed property website for folks who could use cash now that the state's unemployment rate has soared into double digits.

With a lot of people staying at home looking for ways to amuse themselves, he's encouraging people to search through the website to either find money for themselves or others.

He said he even found $6 for himself, an amount he said could pay for a soda at a movie. But he also found $1,500 owed to his sister-in-law.

“I check it from time to time just for people that I’m sitting with just to try to look like I’m cool, and when I find something it really makes me look impressive,” Patronis joked.

The department recently found a $105,000 life insurance payment for a Tampa-area man who had no idea that his godmother named him as a beneficiary.

The state is sitting on about $2 billion in unclaimed property, and takes in another $400 million a year, Patronis said. In the fiscal year that ended June 30, the state returned $328 million. One in five Floridians have unclaimed property, he said.