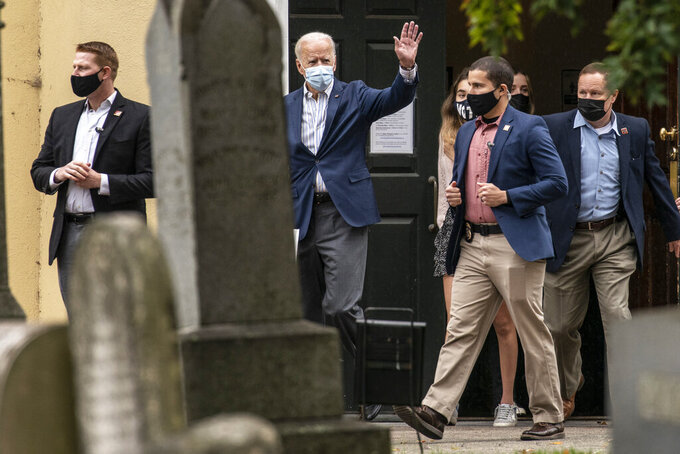 ON THE TRAIL: President Donald Trump plans to intensify an already breakneck travel schedule in the final full week of the presidential campaign, overlooking a surge of coronavirus cases in the U.S. and a fresh outbreak in his own White House. Democrat Joe Biden also plans to pick up his travel schedule, aiming to hit the half-dozen battleground states the campaign sees as key to his chances.

EARLY VOTE: More people already have cast ballots in this year’s presidential election than voted early or absentee in the 2016 race as the start of in-person early voting in big states has caused a surge in turnout in recent days. The opening of early voting locations in Florida, Texas and elsewhere has piled millions of new votes on top of the mail ballots arriving at election offices as voters try to avoid crowded places on Nov. 3 during the coronavirus pandemic.

WHITE HOUSE OUTBREAK: The coronavirus has reached the upper echelons of the White House again, with an outbreak among aides to Vice President Mike Pence just over a week from Election Day. Officials scoffed at the notion of Pence dialing back in-person campaigning despite positive tests among several people in his office.

BALLOT BOX FIRE: Massachusetts election officials say a fire was set in a Boston ballot drop box holding more than 120 ballots in what appears to have been a “deliberate attack.” The fire that was set around 4 a.m. Sunday in a ballot drop box outside the Boston Public Library downtown, Massachusetts Secretary of the Commonwealth William Galvin’s office said.

Illinois woman, 99, has voted every election since 1944