Emmy show will include $2.8M donation to fight child hunger 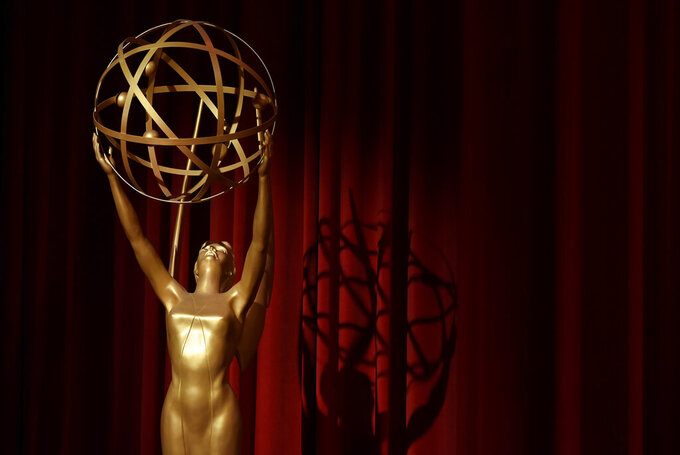 FILE - In this July 12, 2018, file photo, an Emmy statue is displayed onstage at the 70th Primetime Emmy Nominations Announcements at the Television Academy's Saban Media Center, in Los Angeles. The Emmy Awards being held on Sunday, Sept. 20, 2020, will include a $2.8 million donation to No Kid Hungry to support the group’s efforts to feed children affected by the coronavirus pandemic. The Television Academy announced the donation Friday, Sept. 18. (Photo by Chris Pizzello/Invision/AP, File)

LOS ANGELES (AP) — Every Emmy Award handed out Sunday will come with something extra — a $100,000 donation to fight child hunger.

The Television Academy announced Friday that each network and streaming service competing on the telecast has pledged the donation for every Emmy they win.

With 23 Emmys being handed out and the academy committing $500,000, that will mean a donation of $2.8 million to No Kid Hungry, a group working to relieve child hunger brought on by the coronavirus crisis.

Jimmy Kimmel is hosting from Staples Center in Los Angeles and winners will accept their awards from remote locations, but little beyond that has been revealed about what will happen during the show that is being put on under unique pandemic circumstances.

The HBO limited series “Watchmen” is the top nominee.