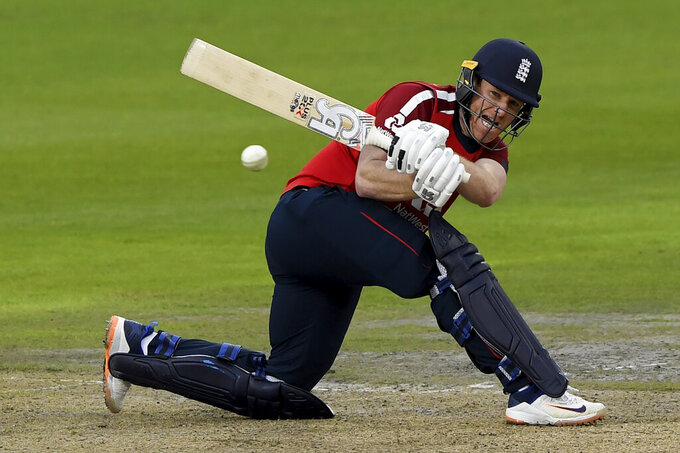 Denied a Twenty20 World Cup this year because of the coronavirus outbreak, cricket fans might have the next best thing in the upcoming days.

A series between England and Australia.

They are the top two teams in the T20 world rankings — Australia is No. 1 — and their fierce sporting rivalry is deep-rooted. They also have some of the most explosive batsmen and fastest bowlers in world cricket.

What more could you ask for?

“I hope it’s a preview for the final,” Australia captain Aaron Finch said Thursday, referring to the next T20 World Cup that will now take place in India in October-November 2021.

“The England-Australia rivalry is always huge,” he added, “regardless of who you are playing in front of and where you are playing. You could play in a street and it would still be there.”

This three-match series is taking place at the Rose Bowl in Southampton, starting Friday, and will be special because it is being played without spectators in accordance with COVID-19 restrictions. Then again, that’s nothing new particularly for the English, who have managed to fit in a full international summer of cricket in all formats against the West Indies, Ireland and Pakistan despite the pandemic.

Australia is the latest nation to fly to England and stay in what is termed a “bio-secure bubble,” essentially meaning its players have done no more than practice and spend time in a hotel since they arrived 11 days ago.

After a few intra-squad matches, their players are itching for the real thing — something they haven’t had since mid-March when the scheduled ODI series against New Zealand was abandoned.

“The way the players have hit the ground running has been really exciting,” Finch said. “I know not just me but everyone is just absolutely pumped to be playing international cricket again."

Having won both of their test series — against the West Indies and Pakistan — England’s focus is totally on the white ball now. A 1-1 draw with Pakistan in a three-match T20 series was a good way to prepare for the Australians, and England will have a stronger squad at its disposal now the likes of Jos Buttler, Jofra Archer and Mark Wood are out of the test bubble.

The hosts are missing key players in allrounder Ben Stokes, who is unavailable for selection following his return to New Zealand to be with his father who has cancer, and opener Jason Roy, who has a left side strain. Joe Root, the test captain, has been left out of the T20 squad but is in the ODI squad for the three-match series starting Sept. 11.

One exciting newcomer to the team is Tom Banton, a tall opening batsmen who is a 360-hitter and likes to go on the attack immediately. He scored 71, 20 and 46 in the recent games against Pakistan.

Australia has a tried-and-tested T20 lineup that has lifted the team atop the ICC rankings in the format, so batsman Marnus Labuschagne will likely need to wait for his debut despite impressing in both the test and ODI teams over the past year and hitting a century in a warmup game this week.

“We are pretty settled on the way that we structure up our T20 side at the moment,” Finch said, in the only selection hint he gave in a pre-match video call. “He (Labuschagne) played nicely the other day but I think he might have to wait a little bit longer in T20 cricket.”