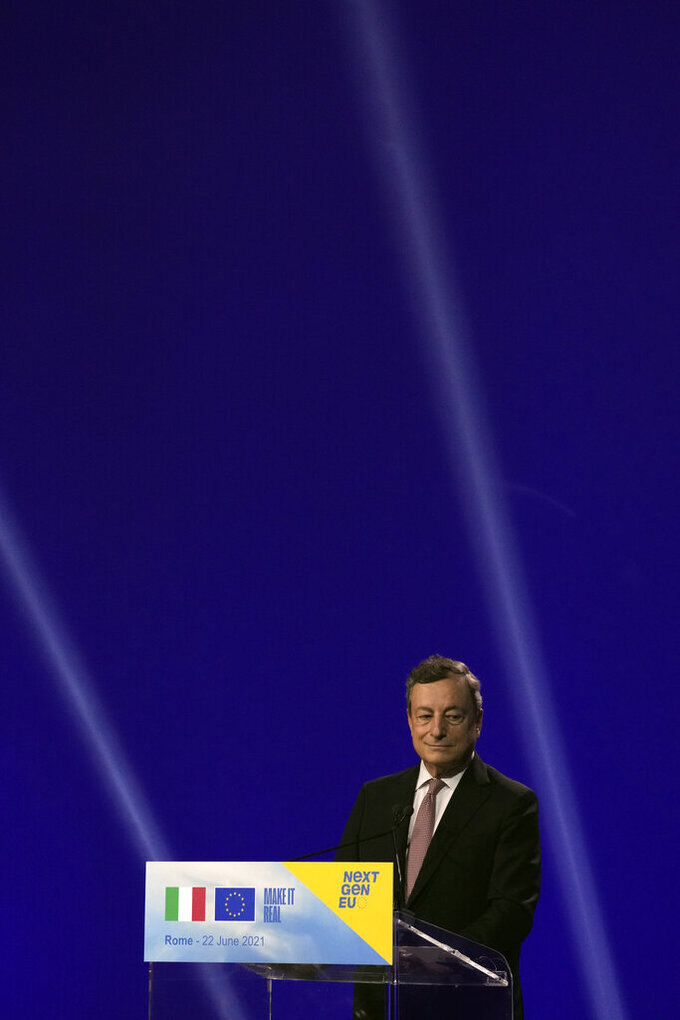 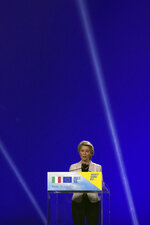 The hardest hit country in the EU both economically and in terms of pandemic deaths, Italy is getting the largest chunk of the EU recovery funds, consisting of 68.9 billion euros in grants and 122.6 billion in loans.

The Commission’s approval is an important step toward the distribution of funds for Italy’s vast reform and investment plan. Von der Leyen said the first funds could be released in four weeks, after the European Council approves the plan.

More than one-third of Italy’s total funding is earmarked for projects supporting climate goals and one-quarter for digital investments.

“This is just a beginning,” Draghi said. “The challenge now is the implementation of the plan, we need to make sure the funds are spent, but above all spent well.”

He cited past examples when Italy only spent a tiny fraction of funds it had been allocated by the EU, and said that if the funds are used in an efficient manner some of the programs could become permanent.