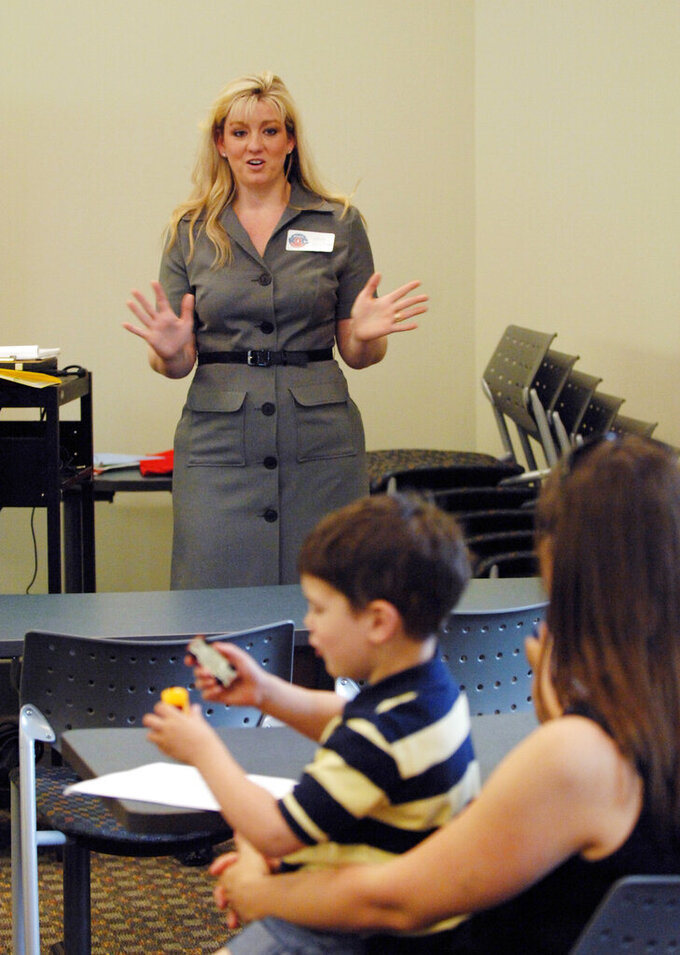 INDIANAPOLIS (AP) — A legislator from Evansville who is the second-ranking officer in the state Republican Party was sworn in Tuesday as Indiana’s new secretary of state, taking over an office that oversees election issues statewide.

Sullivan was first elected to the Indiana House in 2014 and won a new term in last November’s election. She has also been the state Republican Party’s vice chair since 2019.

Lawson worked with Holcomb and other Republican leaders in allowing no-excuse mail-in voting for last year’s spring primary early in the coronavirus pandemic. But Lawson joined them in blocking a push by Democrats and voting rights groups to lift the mail-in ballot limits for the November election.

Sullivan showed no divergence from that stance Tuesday, saying her top priority would be “free, fair, and secure elections, ensuring that all Hoosiers know that their vote counts.”

Sullivan didn’t give any specifics when asked what steps should be taken to improve Indiana’s consistently low voter turnout, which was 65% of registered voters last fall.

“I plan to continue to use the resources of the office to outreach and to ensure that Hoosiers of all backgrounds are encouraged to turn out, but more importantly that they have confidence that each of their votes will count,” Sullivan said.

Sullivan, who has held management jobs with General Motors and Toyota, doesn’t have the elections experience of her predecessors, as a county clerk or secretary of state office staffer.

Holcomb, however, cited Sullivan’s work in the Legislature sponsoring a bill to improve election cybersecurity last year and others pertaining to other functions of the office, which include registering businesses and regulating the securities industry.

Holcomb said he believed Sullivan would serve with “intellect, integrity and energy.”

The state Democratic Party, however, called Sullivan “an opponent instead of a needed ally” for Indiana voters.

“Under GOP control in Indiana, there have been repeated restrictions to deny Hoosiers access to the vote by restricting absentee-by-mail during a global pandemic, refusing to expand voting hours and even denying the validity of the 2020 election,” state Democratic Chairman John Zody said in a statement. “Holli Sullivan has been a part of this as a legislator and an officer in the Republican Party.”

The 71-year-old Lawson didn’t specify why she was resigning after nine years in office, saying only that 2020 took a toll on her and that she was stepping down to focus on her health and family. She was first appointed to the office in 2012 by Gov. Mitch Daniels after then-Secretary of State Charlie White was removed upon his conviction on voter fraud charges stemming from his 2010 campaign.

Lawson was then elected to the office in 2014 and 2018. Her current term was to end in January 2023 and she wasn’t eligible to run again because of term limits. Sullivan can run for a full four-year term in the 2022 election.

Amid the national debate over voting restrictions and election integrity, Sullivan declined to say whether she agreed with former President Donald Trump’s false claim of nationwide voter fraud in 2020.

“I am hyper-focused, to use Governor Holcomb’s word, on Indiana, and when I look at Indiana I have the utmost confidence in Indiana’s election, and I hope that Hoosiers around the state do,” Sullivan said. “The ones that I’ve talked to here recently absolutely share that confidence. And I think that’s where we’re going to focus and that’s the election that we’re going to continue to defend.”