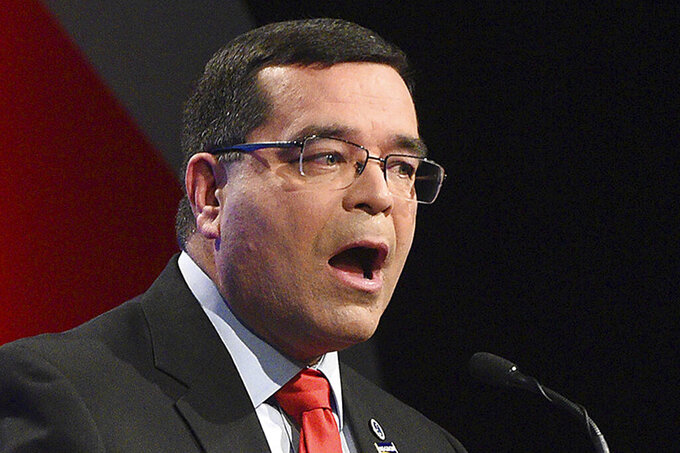 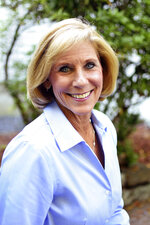 CONCORD, N.H. (AP) — The race for the Republican primary in New Hampshire's 2nd Congressional District includes two familiar faces from 2018 and two newcomers who hope to return the seat to the GOP.

Steven Negron, who owns a defense engineering and consulting company in Nashua, and Lynne Blankenbeker, a combat nurse and Navy Reserve captain from Concord, are running once again. Negron, 59, a retired U.S. Air Force officer and former state House member, won the nomination in a seven-candidate race in 2018. Blakenbeker, 56, a lawyer who also served in the House, came in third.

This time, they're joined by Eli Clemmer, a library and media specialist for the Berlin public schools, and Matthew Bjelobrk, a Haverhill selectboard member and retired U.S. Army colonel.

The winner will likely face Democrat Annie Kuster, who's seeking her fifth term. She also faces a primary challenger, Joseph Mirzoeff,from Keene, a retiree who hasn't actively campaigned. Before Kuster, the last person to hold the seat for multiple terms was Republican Charles Bass, whom Kuster defeated on her second try, in 2012.

The sprawling, mostly rural district stretches from New Hampshire's border with Canada to the Massachusetts line. It includes the cities of Nashua and Concord.

Leading candidates Negron and Blankenbeker count among their priorities reducing health care costs, a strong national defense, and a secure border. During a debate that aired Thursday on WMUR-TV, they agreed that the federal government should not treat gun violence like a pandemic, and that the military should not rename bases originally named for Confederate leaders.

Early during the coronavirus pandemic, Negron put out campaign videos thanking front-line workers, and manufacturers that adapted to help the relief effort. “There was this huge unrest. ... We wanted to actually talk about things that were positive."

Negron said one thing he's learned from this time that he'd apply to a congressional term is to slow down and listen to people, and not jump to conclusions.

For Blankenbeker, it's being well-researched: Under quarantine with fellow crew members two weeks after serving on the USNS Comfort, the Navy hospital ship that provided COVID-19 relief in New York, she tested positive for the virus and was in isolation for several weeks while waiting for test results.

Blankenbeker, who did not show symptoms, looked at court cases and updated Centers for Disease Control and Prevention guidelines and recommended changes to the Navy to lessen the isolation time.

“Change did and can occur with credibility, research, and communication," she said.

Both felt if there was one group that could be helped more through COVID relief, it would be small businesses. Negron said he participated in a business-relief program at his small firm, but still had to lay off some workers.

During the debate, the two were asked about their decisions regarding masks at President Donald Trump's New Hampshire rally. Masks were required under Republican Gov. Chris Sununu's emergency order that they be worn at scheduled events attended by over 100 people.

Blankenbeker said she wore a mask and later took it off for photos, saying she wasn't at risk to herself or others because she had antibodies. Negron was among those attending who didn't wear a mask.

“It wasn’t a political statement. It was just me saying, ’I know my surroundings, I know my health, and I know I didn’t have to wear a mask, and so I didn’t do it.” He said he didn't know what the governor's actions would have been, but that if he had been challenged to wear one, “I would have complied accordingly."

The two sparred while addressing a question on controlling government spending during the pandemic. Negron called himself a fiscal hawk and Blankenbeker described herself as fiscally responsible, later saying that Negron's campaign is $300,000 in debt.

Bjelobrk, 53, advocates eliminating money from political campaigns; term limits for elected officials; and the elimination of pensions for them. He said he self-funded his campaign. Clemmer, 31, said he's frustrated by what he says is the liberal indoctrination of youths in public schools and universities.