Fans are in, but crowd numbers are thin at Australian Open 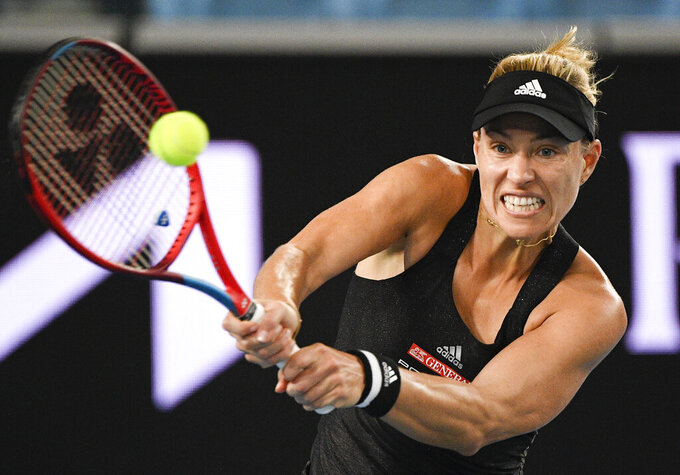 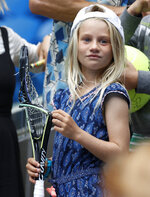 MELBOURNE, Australia (AP) — The lines for beer on Day 1 at the Australian Open were noticeably thinner than usual, and the lawn chairs set up in front of the giant television screen in Garden Square were far emptier.

On the outer courts, there was none of the usual jostling or standing on tiptoes to catch a glimpse of a tight match. No waiting in long lines to get a seat, either.

Attendance for this year's first Grand Slam tournament is capped at 30,000 per day. On Day 1 last year, 64,387 fans crammed onto the grounds at Melbourne Park.

Still, there were actual fans at a Grand Slam again — 17,922 of them across the day.

“I am not complaining,” Venus Williams said after her match in front of a sparser-than-normal crowd at Margaret Court Arena. She has contested the tournament 21 times. “I think every single person there was probably in awe to be sitting at a sporting event, as much as I was to have them there.”

Drinking a beer on a grassy hill overlooking the outer courts, where giant white circles had been painted on the grass to maintain social-distancing, Jason Cameron of Melbourne said he didn't think fear of the coronavirus was keeping people away this year.

“I think it’s a combination of it being a modified set-up this year ... and it’s February when everyone is back at school and not having the tourists in town,” he said. "It’s going to be a low-key version of the Australian Open this year.”

His friend, Lee Elliott, who flew from Adelaide to catch a bit of the tennis, did think some may have felt nervous to be in a sizable crowd again.

“Once people actually see it on television and that people are going ... maybe, as the week goes on, crowds will improve.”

Not everywhere was subdued on Monday, though. On Court 3, a rollicking crowd chanted and cheered for Australian John Millman as he stretched Corentin Moutet of France to five sets before losing in three hours, 45 minutes. The crowd even managed to get a socially-distanced “wave” around the court. Twice.

Australian Nick Kyrgios, who is known for playing to the crowd and feeding off its energy, also had to make do with a half-full stadium during his win over Frederico Ferreira Silva. Those who came, however, were no less raucous than they usually are.

“I’m just super appreciative of you guys coming out here," he said in his on-court, post-match interview. "It felt normal, to be honest, you guys were going nuts.”

But after her 6-0, 6-4 loss in the first round at Melbourne Park to American Bernarda Pera, Kerber admitted her timing was just off.

The 2016 champion had seven double-faults and just seven winners in the match. The first set lasted all of 18 minutes.

“Of course, you feel it,” she said of the strict lockdown, during which she and 71 other players were confined to their hotel rooms without any chance to practice because they were classified as close contacts of passengers on their charter flights who tested positive for COVID-19 after landing in Australia. “I was feeling this at the beginning ... I was not feeling the rhythm that I was before.”

Kerber didn't waste anytime after her enforced isolation, hitting the practice courts five minutes after being released from quarantine at midnight a little over a week ago. Despite the obstacles, she tried to stay motivated for the Australian Open, one of her favorite tournaments.

Now, however, she's slightly unsure if it was all worth it.

“Maybe if I knew that before to stay really two weeks in the hard quarantine without hitting a ball, maybe I would think twice about (coming).”

Line judges are out at Melbourne Park, and among the players, the early reviews are very positive.

To reduce the number of people on site during the tournament, the Australian Open became the first Grand Slam tournament to completely replace on-court line judges with live electronic line calling.

The system was trialed on most courts at the U.S. Open last year, with the exception of the two largest stadiums.

“It saves me the trouble of attempting to challenge or thinking about, did they call it correctly or not,” she said after her first-round win over Anastasia Pavlyuchenkova. “It actually gets me really focused.”

The start of the Australian Open marked the 40th anniversary of Leslie Allen’s win in the season-ending WTA Tour Avon Championships of Detroit, becoming the first Black woman to win a prestigious WTA tournament since Althea Gibson won Wimbledon and the U.S. Open in 1958.

Allen’s win on Feb. 8, 1981, came when there were few Black women playing on tour. On Monday at Melbourne Park, Serena Williams, her sister, Venus, and Naomi Osaka all won their first-round matches. Serena is attempting to win her 24th Grand Slam singles tournament, Venus has seven major singles titles and Osaka has three.

“I knew all eyes were on me and understood the significance the win would have for the Black community,” Allen said in a statement about her experiences on tour in the 1980s. “Even though I knew my victory would inspire others, it was hard to imagine that Black women would one day dominate tennis.”

Allen said she is pleased to see Black women on tour play a prominent role in social justice causes.

“As Black women, we were too often unseen and unheard,” Allen said. “In 1981, I did not have the luxury to speak out; it was too risky. It is heartwarming that we finally have the freedom to use our platform to fight social injustice.”

Allen, who reached a career-high ranking of No. 17 in singles, was a television commentator after she retired in 1987 and now does motivational speaking.