FIFA has 13 ongoing investigations, plus 62 other cases 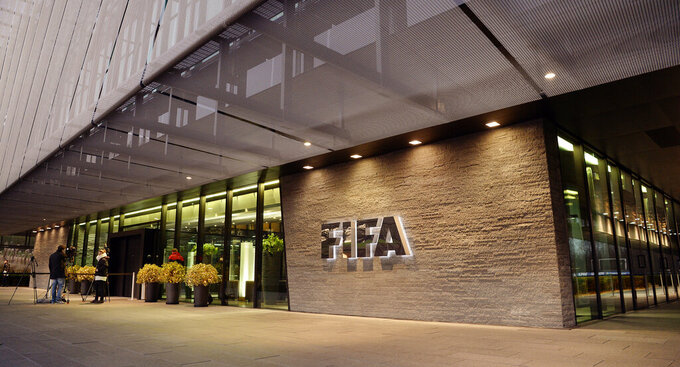 FIFA lawyers detailed the scope of their current workload in the review. They revealed that most of the 58 decisions reached since 2017 involved bribery and corruption charges.

There have been 28 life bans imposed since July 2017, including many officials who were indicted or made guilty pleas in the sprawling U.S. federal investigation into international soccer.

FIFA statistics show a faster processing of cases and reduced workload. The FIFA ethics code promises defendants the chance to address judges behind closed doors, though hearings by video link are planned because of the coronavirus pandemic.

“This we hope will be in place very soon,” Carlos Schneider, the head of FIFA's disciplinary and ethics committees, said in a presentation.

The average time for FIFA to reach a verdict after an investigation has been formally opened is “two to three months,” compared to about 13 months in 2017, Schneider said.

In May 2017, FIFA removed the lead prosecutor and chief judge from office against their wishes. Swiss prosecutor Cornel Borbely and German judge Hans-Joachim Eckert said then they left hundreds of cases pending.

The ethics caseload peaked at 197 active cases in September 2018, according to figures FIFA provided in its legal seminar.

Cases referred to FIFA investigators were consistently about 120 each year. In the past year, more than one-third of “incoming claims” came from whistleblowers and four were specified as from media.

FIFA said 58 decisions were made since July 2017 and the 55 “sanctioned parties” accounted for 30 violations of ethics code rules on bribery and corruption. Eighteen “misappropriation and misuse of funds” verdicts were reached.

One official banned for life last year for bribery, Ariel Alvarado of Panama, was on the FIFA ethics panel judging others for five years until 2012. He has been indicted in the United States on racketeering, wire fraud and money laundering charges.

Among the “sanctioned parties,” 18 were affiliated with African soccer and two were from Europe, FIFA said.

Judgments by the ethics committee since January 2019 have been published on a legal affairs website created by FIFA. It lists the members of FIFA judicial bodies, including ethics chief investigator Maria Claudia Rojas of Colombia and chief judge Vassilios Skouris of Greece.