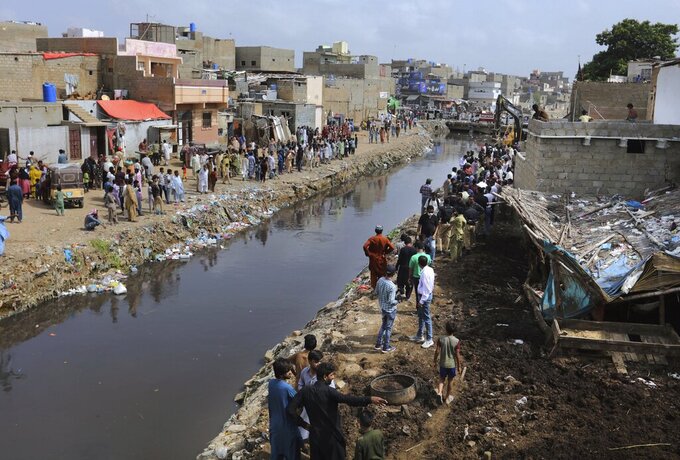 The latest floods-related fatalities were reported from the Swat region, a popular tourist destination where landslides overnight blocked a key mountain road, stranding scores of tourists who were being evacuated, said Taimur Khan, spokesman for a disaster management agency in Khyber Pakhtunkhwa province.

Heavy monsoon rains hit parts of Pakistan last month, triggering flash floods in the country's financial capital of Karachi and elsewhere in southern Sindh province, killing at least 47 people there. Since June, when rains began lashing Pakistan, at least 176 people have been killed across the country, according to the national disaster management agency.

Last week, Karachi's many neighborhoods were flooded and water is still being pump out from submerged streets.

Pakistani Prime Minister Imran Khan was expected to visit Karachi to meet with residents and get a briefing about damages caused by the monsoon rains, which came as authorities have been trying to contain the spread of the coronavirus, which has infected more than 296,000 people and killed 6,318 since February.

Pakistan reported 18 more deaths on Wednesday from COVID-19, the illness caused by the virus.