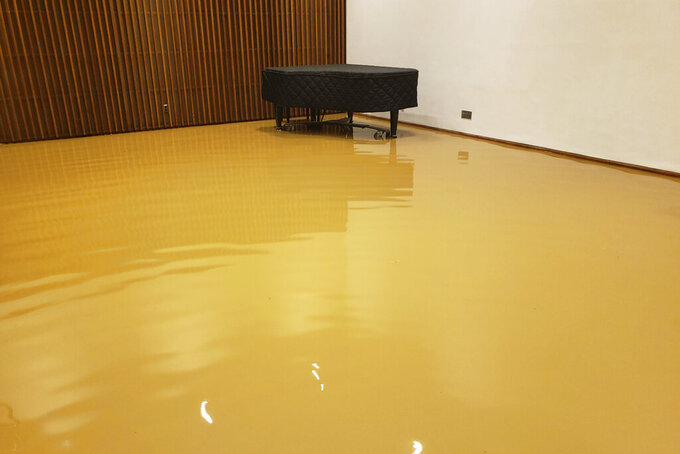 NEW YORK (AP) — A Lutheran church in New York City already reeling from the COVID-19 deaths of more than 60 members of the congregation has suffered a new trauma: Severe flood damage from the rupture of a major municipal water main.

The flooding caused significant damage Monday to the sanctuary and to basement-level rooms, including a theater, said Jared Stahler, senior pastor at Saint Peter’s Church.

The Midtown Manhattan parish is known for its Jazz Vespers program, and Stahler said the badly damaged items included treasured musical instruments and the archives of jazz greats such as John Coltrane and Billy Strayhorn. Specialists were being called in to work on minimizing the damage, Stahler said.

A chapel on the upper level that was created by the late artist Louise Nevelson was not affected.

Saint Peter’s, a parish of the Evangelical Lutheran Church in America, describes itself as a “welcoming and progressive church.” The building was designated as a city landmark in 2017

The church’s leadership says at least 62 members of the congregation, which numbered about 800 before the pandemic, have died of COVID-19, almost all of them part of the community of some 400 who attend services in Spanish.

Many people in that community are immigrants, including some living in the country without legal permission and lacking access to health care. Some have lost jobs during the pandemic; others risked their health to work.

Saint Peter's has not held in-person services since March.

Stahler expressed gratitude to the many New Yorkers who have offered to help the church recover from the flood.

“People in our city are aware of the extreme toll that this community has taken from COVID-19, and now, with this major flood on top of it, the hardship that we are all undergoing,” he said.