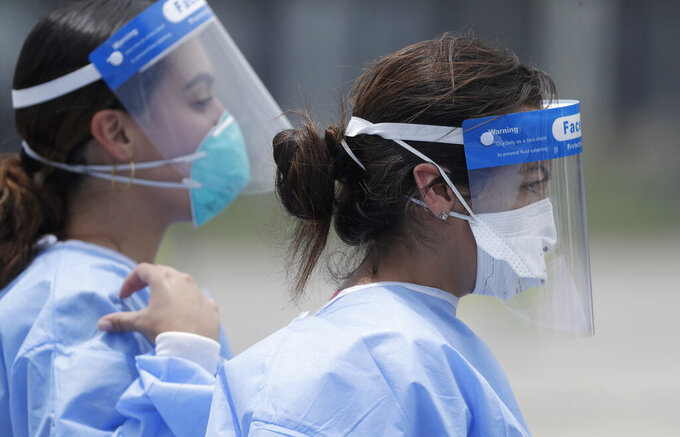 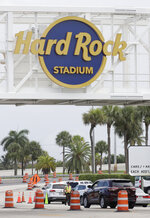 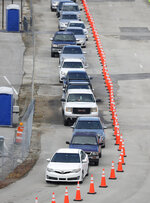 A long line of cars waited outside Hard Rock Stadium in Miami Gardens on Wednesday morning for a coronavirus testing site to reopen after being closed because of the storm.

Florida reported 225 new deaths Wednesday, bringing its seven-day average of daily reported deaths to a high of 185, behind Texas with 197. Florida’s rate is approaching a quarter of that seen in New York at its peak in mid-April.

The number of people treated in hospitals statewide for the coronavirus continued a two-week decline, with 7,622 patients late Wednesday morning — a decrease of 175 from the previous day and down from highs of 9,500 two weeks ago.

The Florida Department of Health reported 5,409 new coronavirus cases Wednesday. Overall, Florida's reported 502,739 cases ranks second to California, with more than 527,000 cases, and above Texas with more than 466,000, according to Johns Hopkins University.

“Commissioner Barber’s death reaffirms the seriousness of this pandemic our community faces," Liberty County Sheriff Eddie Joe White said in a statement. "Again, I ask that everyone do their part to stop the spread of this disease and keep each other safe.”

Liberty County is west of Tallahassee in a rural part of Florida.

The Hard Rock site, which is now offering antigen testing, briefly shut down Wednesday because of lightning in the area. Testing resumed once the weather cleared.

Florida Gov. Ron DeSantis this week announced that quicker antigen testing, with results in about 15 minutes, would be offered at the stadium and at Marlins Park.

“Obviously if you are somebody that is symptomatic and you don’t get your result back for 7 days that is not helpful. For asymptomatic test takers, if it takes 7 days then the test is basically useless at that time,” DeSantis said at a news conference.

The antigen tests reveal whether someone is currently infected with COVID-19. The site is offering these tests to children between 5 and 17, and for anyone 65 and up, regardless of symptoms. Anyone in the 18 to 65 age group who is experiencing symptoms can also be tested at the site, which also has self-swab testing for those 18 to 64 who aren’t experiencing symptoms of the coronavirus, according to officials.

Antigen testing reveals whether a person is currently infected with COVID-19. It differs from antibody testing because once the infection is gone, antigens won’t be present.