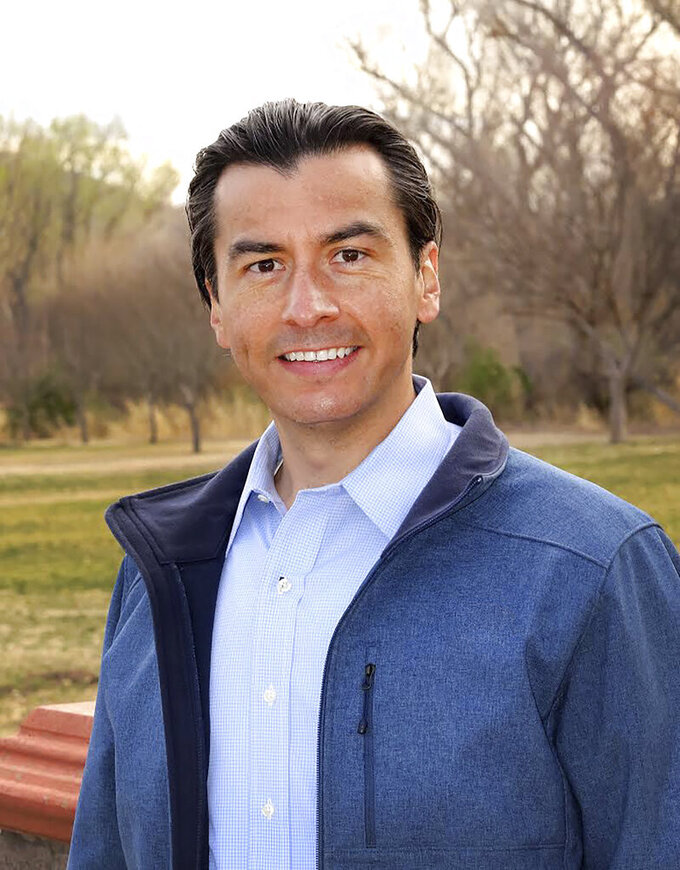 PHOENIX (AP) — Marco Lopez, who was one of the youngest people ever elected mayor of a U.S. city and rose rapidly to a senior position in President Barack Obama's administration, announced Tuesday that he is running for governor of Arizona.

Lopez is the first of what is likely to be a crowded field of candidates looking to replace Republican Gov. Doug Ducey, who is barred by term limits from seeking a third term.

Lopez kicked off his campaign with videos in English and Spanish that highlight his roots in Nogales, Arizona, and describe an Arizona held back by failed leadership.

“My message is very simple — if we have healthy families, good education and quality jobs, Arizona thrives,” Lopez told The Associated Press. “Sadly, that’s not the case for many, many families in the state today.”

The son of Mexican immigrants, Lopez returned to Nogales after college and was elected mayor of the border town at age 22. He went on to serve then-Gov. Janet Napolitano as head of the Arizona-Mexico Commission and head of the Arizona Department of Commerce.

When President Barack Obama appointed Napolitano to head the U.S. Department of Homeland Security, she brought Lopez to Washington as chief of staff at Customs and Border Protection, the parent agency overseeing the Border Patrol and ports of entry.

More recently, Lopez has worked as an international business consultant and investor.

Lopez said his focus as governor would include boosting education, including apprenticeship and vocational training programs; luring businesses; and addressing a shortage of health care providers in rural areas.

Lopez described his time at the Homeland Security Department as helping to oversee the nation’s largest law enforcement agency and “tackling crises head on.” But it could pose a liability in a Democratic primary. Progressive activists are still angry over the marked increase in deportations early in the Obama administration, which coincided with Lopez's tenure overseeing the Border Patrol.

As governor, Lopez said his focus would be on the security of the four border counties and facilitating cross-border trade.

“I think that we’ve been focused on making sure that the proper investments are made so that people choose and can migrate legally,” Lopez said. “That’s what we were pushing for. That’s what I will continue to push for as governor.”

Lopez was critical of Arizona's response to the COVID-19 pandemic, saying in his announcement video that “state leaders failed us as the coronavirus cost us lives and hammered our economy.”

Lopez said Ducey was too slow to respond to the crisis and instead took cues from President Donald Trump. But Lopez did not offer specific steps he would take to better control the outbreak.

“As governor I won't work for the president, I'll work for the people of Arizona,” Lopez said. “If you wait for the political clearance, you get what we saw in Arizona."

Arizona at times had some of the highest per-capita COVID-19 cases in the world, though they are currently down considerably from a winter peak. Ducey has repeatedly defended his handling of the pandemic as a measured response that avoided extreme demands to either do nothing or aggressively shut down Arizona's economy.