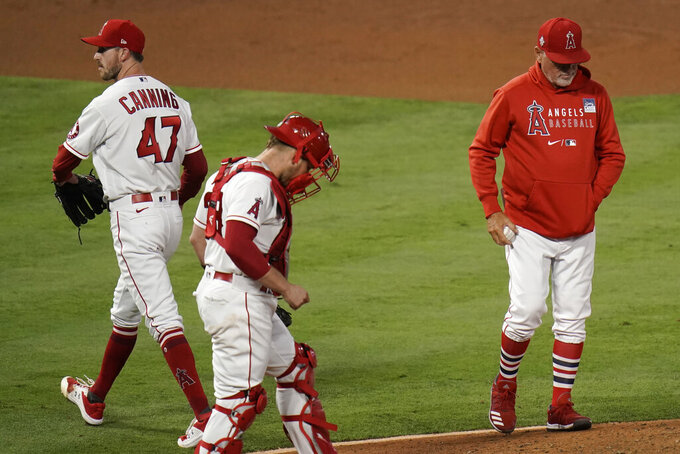 The Seattle Mariners designated hitter got something in his right eye one pitch into his fourth inning at-bat Thursday night against Los Angeles Angels starter Griffin Canning. Fraley said he saw two of Canning for a couple pitches before calling time and getting eye drops.

The drops definitely worked as Fraley hit a three-run shot to right-center. That gave the Mariners the lead en route to a 6-2 victory.

“I never had something like that happen, where the trainer had to bring out eye drops. I wanted to get it fixed quick because I was seeing double,” said Fraley, who homered on a 2-2 count and the sixth pitch of the at-bat to give the Mariners a 4-2 lead. “You're in the moment, have adrenaline and try to make something happen. Having composure was the easy part, getting something out of my eye was the hard part.”

Fraley missed 49 games due to a left hamstring strain, but is 3 for 10 since being activated off the injured list on May 31. Manager Scott Servais said he has noticed the improvement in Fraley's swing since his return, and that he does a nice job of being patient.

“He has created some length in his swing. I am happy to see he got that first home run out of the way,” Servais said. “He is not in a hurry or jumpy at the plate. He is just staying in the moment.”

Seattle left-hander Justus Sheffield (5-4) struck out seven in 5 2/3 innings. He allowed two runs and six hits while improving to 3-1 in his last four starts.

Sheffield was pleased with how he threw his slider after he struggled with it the past couple outings. Of the 13 swings and misses the Angels had against Sheffield, eight were on the slider.

“He was able to dominate the zone and get ahead in the count. He also did a nice job of pitching through some early traffic,” Servais said.

Justin Upton and Jared Walsh homered for the Angels, who have dropped three of their four games against the Mariners so far this season. Canning gave up four runs and six hits in 3 1/3 innings.

“His fastball command went awry after the first. He didn't have one reliable pitch,” Angels manager Joe Maddon said. “We got a good lead and then gave it back.”

After leading off the last eight games, Upton batted cleanup and led off the second with a drive to right-center for his fourth homer in the past eight games and 11 on the year.

Juan Lagares then struck out before Walsh extended the lead to 2-0 when he lined a slider over the right-field wall. It was Walsh's 13th homer, which ties him for ninth in the AL.

The Mariners got a run back in the third when Donovan Walton scored on Mitch Haniger’s single. Walton beat the shift with a single to shallow left field and then advanced to third on a double by Crawford.

Seattle broke it open in the fourth. Jarred Kelenic drew a walk to begin the inning, and Taylor Trammell had a one-out single to right to set the table for Fraley.

The Mariners added insurance runs on Crawford’s RBI double in the sixth and Seager’s home run in the seventh.

The Mariners are last in the majors in team batting average (.208) but they are hitting 32 points higher than their season average over the past 11 games. They also have 13 home runs since May 24, which is tied for eighth over that span.

“We've got some young guys that are learning,” Servais said.

Los Angeles loaded the bases with one out in the third, but failed to score. Lagares flied out to shallow right field and Walsh grounded out.

Mariners: GM Jerry Dipoto said on his weekly radio appearance that SS Kyle Lewis (right meniscus tear) will be out for an extended period after being placed on the injured list on Tuesday. “I am hopeful that we’ll see him again this year on the field, but I don’t think it’s going to be quick," Dipoto said. "So we’re going to take our time, identify how we can help and you know, and Kyle needs to make some decisions on what he wants to do. But again, I don’t think this is going to be days and weeks. I think it’s going to be longer than that.” ... Pitchers Kendall Graveman and Drew Steckenrider are out of quarantine but remain on the COVID-19 injured list. Graveman, who hasn’t pitched since May 16, is in Seattle to get his arm built back up with bullpen sessions and simulated games. Steckenrider is with the team on the road trip but it is undetermined when he will throw a bullpen.