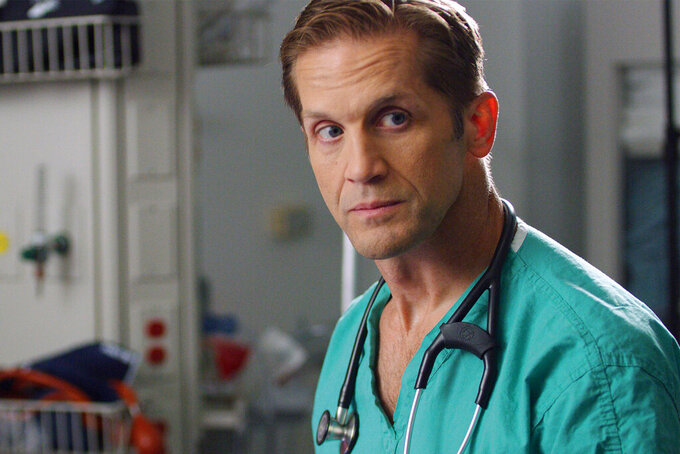 ATLANTA (AP) — Despite calls from the moderator for bipartisanship, candidates in a suburban Atlanta congressional district on Wednesday presented diverging viewpoints on how to solve the country's problems in a debate.

Democrat Carolyn Bourdeaux and Republican Rich McCormick are competing to win an open seat in Georgia's 7th Congressional District, which includes parts of Gwinnett and Forsyth counties. Bourdeaux fell a few hundred votes short of picking off incumbent Rep. Rob Woodall in 2018. He's stepping down, and McCormick is trying to hold on to the fast-diversifying and fast-growing area for Republicans in one of the most closely watched U.S. House races nationwide.

McCormick, an emergency room physician, said he believes Democrats “keep on turning to government to solve problems that are created by government” and repeatedly touted deregulation.

“The fundamental difference between the parties right now is who you believe in — a bigger government and more taxation with more free stuff that they give away, or empowering the business owners, empowering the people to decide what’s best.”

Bourdeaux, a college professor and former Georgia state budget aide, presented a vision of “solving problems on behalf of people of this district.” That was especially true for expanding health care and making it more affordable, repeatedly citing 120,000 uninsured people in the district.

“There are issues that need to be solved at a larger level," Bourdeaux said. "Every developed country in the world has untangled health care and has, candidly, a better health care system than we do. They cover everybody. And people aren’t there going medically bankrupt because of health care problems.”

Both Bourdeaux and McCormick said they would support more aid to businesses and individuals because of the COVID-19 pandemic, but each criticized the other party's approach.

Bourdeaux said that Congress should “stand up” for the public health response, in an implicit attack on how President Donald Trump and other Republicans have handled the crisis.

“When we first came together as a Congress, we had actually a lot of agreement, we had everything ironed out,” McCormick said. “And then Nancy Pelosi flew in and literally just started pushing all kinds of crazy agendas.”

Both sets of remarks earned a rebuke from Gwinnett Chamber of Commerce CEO Nick Masino, whose group hosted the debate.

“When we asked for questions from our public policy council, from our members, there was a clear focus on bipartisanship, how can we fix what’s broken in Congress,” Masino said.

In often-gridlocked Gwinnett County, both candidates were asked what they would do to improve transportation. Bourdeaux supported a referendum on November's ballot that would impose a penny sales tax for transit and transportation, saying she had experience working on such issues when she was an aide in Congress.

"This is really important,” Bourdeaux said. “Having transit, having transportation options and making those kinds of investments is critical to unlocking economic opportunity here.”

“You make this streamlined, and you cut out 2,500 pages of regulation, which is what this administration has done, and you can bring that decade’s worth of wait time down to a very short time,” McCormick said.