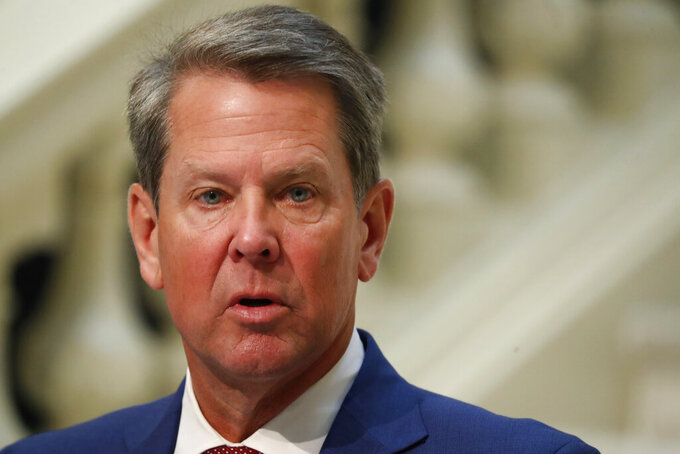 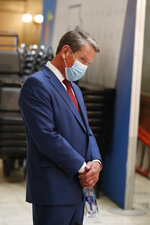 The murky proposal pushed by Gov. Brian Kemp shot through the education community on Wednesday night after it was first reported by The Atlanta Journal-Constitution. It was unclear whether the state considered mandating or was just suggesting a later start date. No written proposal was ever publicly released and state Board of Education members barely referenced it during their regular meeting Thursday, when it might have been considered.

“This week, we solicited feedback from superintendents on this idea, but the state board did not move forward with it,” Candice Broce, a spokesperson for the Republican Kemp, said in a statement. "We continue to work with educational leaders to ensure a safe and productive learning environment for all of our students in these unprecedented times.”

The governor appoints all the members of the state board, and they generally follow the governor's lead on education policy.

“I would like to think this will not come up again considering Cobb teachers are set to return Monday (and new teachers have already reported to work),” Cobb County school board member Charisse Davis wrote on her Facebook page.

Those districts are moving ahead despite the continued spread of the virus across the state and protests from many parents and teachers. The Professional Association of Georgia Educators, the state's largest teachers' group, advised after a nonscientific survey of 16,000 members that districts should delay the start of school. A number have done so, but not as late as the Sept. 8 date Kemp was discussing.

Many medical experts are advising against opening schools in areas such as Georgia, where transmission is high.

“When you have such surges of disease in the community, you’re basically asking for trouble if you open schools,” Tina Tan, a pediatrics professor at Northwestern University, said Thursday in an online briefing by the Infectious Diseases Society of America.

In the same briefing, Emory University Professor Wendy Armstrong described Georgia as a hot spot for the virus and said officials should wait for two weeks' worth of declining cases, test positive rates and hospitalizations before opening. Georgia meets none of those criteria currently.

Until now, Kemp and State Superintendent Richard Woods have been calling on districts to reopen for face-to-face instruction, although they have said the choice is ultimately up to the district. Woods, also a Republican, released a statement as recently as Tuesday underlining his support for Georgia's tradition of broad local control.

“The role of the Georgia Department of Education is to support the course of action decided upon by local school districts, so that we can work together to ensure a successful outcome for students,” Woods wrote.