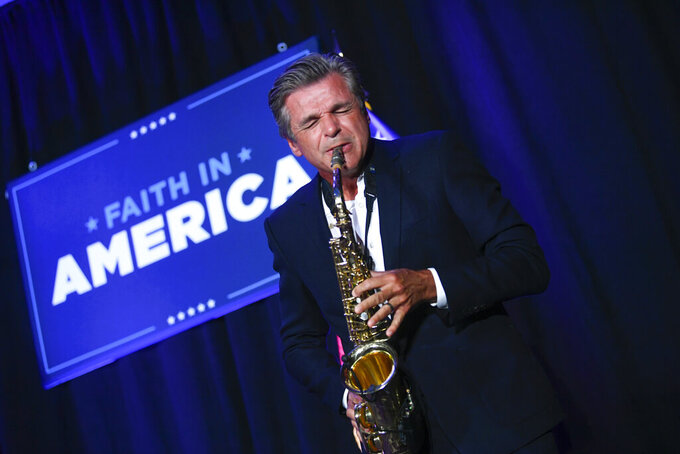 GAINESVILLE, Ga. (AP) — The leader of a north Georgia megachurch who has been a spiritual adviser to President Donald Trump has tested positive for COVID-19.

“We want to make you aware that Pastor Franklin has come in contact with COVID, but he is doing perfectly fine. He actually is doing great,” Ruff said. “He went and got tested and his test came back positive so he is doing the right thing to do and staying quarantined and continuing to be distanced. We’ll continue to pray and lift him up.”

Trump watched Franklin's church service during a National Day of Prayer earlier this year. Franklin, who previously told The Associated Press that he's met with Trump at least 10 times on faith matters, also appeared at a virtual “call to prayer” event for Trump's campaign when he and first lady Melania Trump were themselves being treated for COVID-19.

No direct connection has been made between Franklin's diagnosis and his attendance at the party. More than a dozen parties at the White House have been criticized for being held indoors and not enforcing mask-wearing.

“Pastor Jentezen Franklin’s visit to White House had no correlation with his diagnosis,” a church spokesperson told WXIA-TV in a statement. The spokesperson said Franklin on Thursday was exposed to a congregation associated who was infected.

Ruff announced that Free Chapel’s Christmas Eve candlelight service will be held virtually only “out of an abundance of caution” and that weekly services would resume Jan. 3.