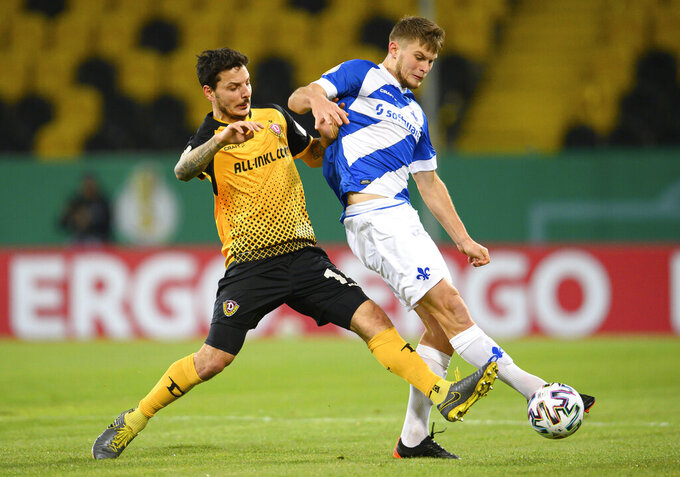 DRESDEN, Germany (AP) — German third-tier soccer club Dynamo Dresden has said it sold more than 72,000 tickets for a game played in an empty stadium with no fans.

Former East German champion Dynamo offered fans the “ghost tickets” — named for the German habit of dubbing empty-stadium matches “ghost games” — for five euros ($6.10) as a way to raise funds for the club during the coronavirus pandemic. Fans could receive a commemorative ticket to keep.

The total of 72,112 tickets sold for Tuesday's German Cup game against Darmstadt was more than double the capacity of Dresden's stadium. Only two games in the club's history, both away games, had more people in attendance, Dresden said.

Dresden lost the game 3-0 to Darmstadt, which plays a division above Dynamo in the league.

When German soccer shut down in the spring, third-tier club Uerdingen sold “virtual tickets” for a fictional game. Top-division side Borussia Mönchengladbach offered fans the chance to have their photos printed onto cardboard cutouts for home games, an idea quickly copied by sports teams around the world.