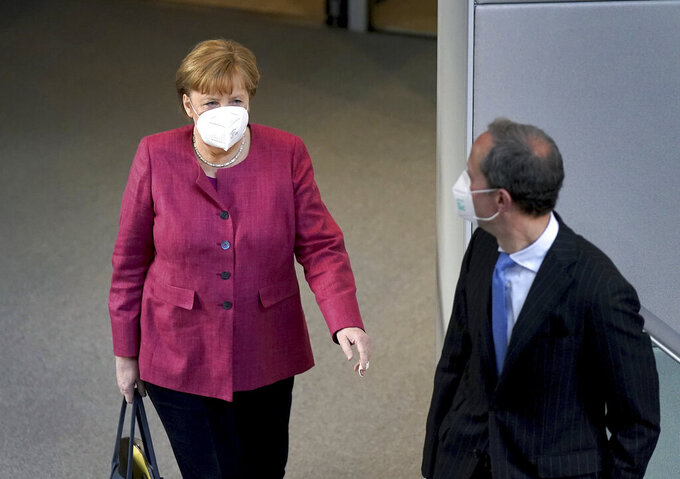 FRANKFURT, Germany (AP) — Germany's top court has refused to issue an injunction blocking the country's participation in the European Union's 750 billion-euro (more than $900 billion) coronavirus recovery fund, clearing the way for the launch of the fund and its common borrowing aimed at supporting green and digital economic development.

The Federal Constitutional Court said Wednesday it turned back a motion for a preliminary injunction from a group including economics professor Bernd Lucke, a founder of the populist Alternative for Germany who has since left the party.

The group argued that the European Union treaty forbids the common borrowing backed by member countries' taxpayers to support the recovery fund and its spending on projects to help bring the economy back up to speed after the pandemic recession.

The economic stimulus from the fund is intended to buttress monetary support from the European Central Bank in the form of bond purchases and rock bottom interest rate benchmarks.

The court said a “summary examination” didn't point to a “high probability” of the plan violating provisions that protect the German parliament's responsibility for the budget, but didn't indicate when it would decide on the substance of the complaint — whether such debt is permissible.

Analysts have downplayed its chances of success, but said any delay could hurt the recovery.

Top European Central Bank official Isabel Schnabel said in an interview with Der Spiegel published on April 9 that an indefinite delay of the funding “would be an economic catastrophe for Europe.”