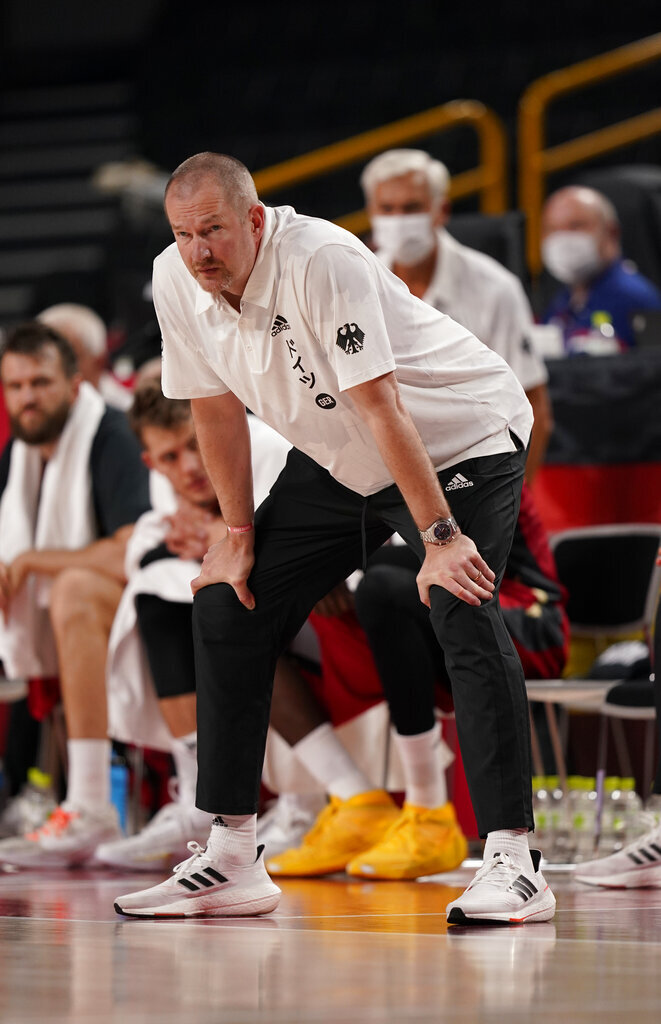 SAITAMA, Japan (AP) — Henrik Rodl was unsure about what he’d do after finishing high school in Germany. He had done an exchange year of study in the U.S., then returned home to complete his required education there and figure out what to do next.

And then Dean Smith took a flight over the Atlantic with an offer.

He returned to the U.S., played for Smith at North Carolina, won a national championship and has enjoyed quite a life in basketball since. Smith’s impact is never lost on Rodl, particularly right now when he coaches the German team in the Tokyo Olympics — 45 years after Smith coached the U.S. to a gold medal at the Montreal Games.

“Coach Smith means a lot to all of his former players,” Rodl said Wednesday. “He was incredible person and an incredible coach.”

Rodl was an exchange student in Chapel Hill, North Carolina — the home of the Tar Heels — before returning to Germany. Smith recruited him and made clear along the way that he would never impede Rodl from playing for his national team during his time at North Carolina.

That wasn't an empty promise, either. Rodl was able to represent Germany as a player in the 1992 Barcelona Olympics, then returned to Chapel Hill the next season to help the Tar Heels win the NCAA championship.

Rodl — who has won championships in Germany as a player and a coach, and is a past German League MVP alongside others like Dirk Nowitzki and Detlef Schrempf — said Wednesday after leading Germany past Nigeria that Smith remains a driving force in his life.