Glenn Close on 8 Oscar nods with no wins: I am not a loser 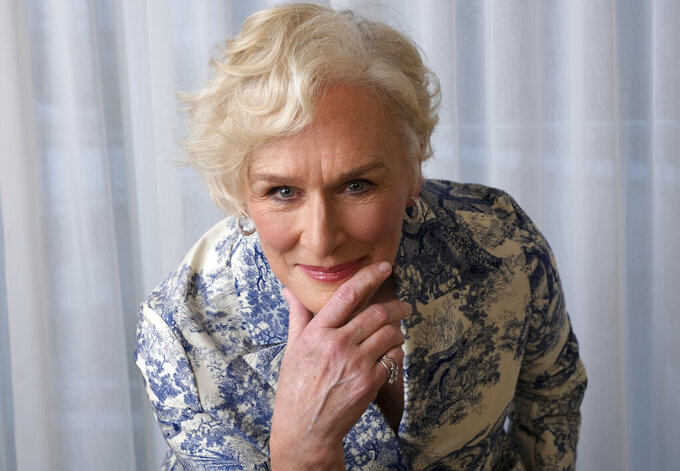 FILE - Glenn Close, nominated for an Oscar for best actress for her role in "The Wife," poses at the 91st Academy Awards Nominees Luncheon in Beverly Hills, Calif., on Feb. 4, 2019. Close is releasing an album with Grammy-winning jazz saxophonist-composer Ted Nash on Friday. “Transformation: Personal Stories of Change, Acceptance, and Evolution,” is an 11-track spoken word jazz album that tackles heavy topics like race, politics and identity. (Photo by Chris Pizzello/Invision/AP, File) 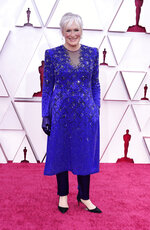 NEW YORK (AP) — Though Glenn Close has been nominated for eight Oscars without any wins, the distinguished actor wants to make one thing clear: she is not a loser.

Close has been nominated for best actress four times and she competed for her fourth best supporting actress honor at last month's Academy Awards. When “Minari" star Youn Yuh-jung won the prize, the Los Angeles Times published an article with the headline, “After 8 Oscar losses, Glenn Close is now tied as the most nominated actor without a win." It prompted Emmy winner Sarah Paulson to tweet in Close's defense, “I wish this conversation would cease. She’s brilliant and continues to have an extraordinary and enviable career. Nighty night to this click bait convo to nowheresville."

Close, 74, told The Associated Press said she didn't see the article or Paulson's tweet, but she quickly responded with: “First of all, I don’t think I’m a loser."

“Who in that category is a loser? You’re there, you’re five people honored for the work that you’ve done by your peers. What’s better than that?," she said. “And I honestly feel that the press likes to have winners and losers. And then they say, ‘Who is the worst dressed?' And, you know, ‘Who made the worst speech?' Forget it. It’s not what it’s about."

Looking directly in the camera, she passionately ended with: “I say, (expletive) them!"

Close's illustrious and revered career includes wins at mostly ever major awards show. She is a three-time winner at the Emmy, Golden Globe and Tony Awards. She's earned three Grammy nominations and competed at the Oscars with the films “The World According to Garp," “The Big Chill," “The Natural," “Fatal Attraction," “Dangerous Liaisons," “Albert Nobbs," “The Wife" and “Hillbilly Elegy."

The actor said a year after being homebound because of the pandemic, she really enjoyed seeing her peers at the socially distanced Academy Awards.

“And that’s what we need to do. You need to be able to mix with your own kind and ... be able to express your appreciation and how much you’ve been inspired by them. And that meant a lot, I think, to everybody,” she said.

One of the last projects Close worked on before the pandemic hit was a spoken word jazz album with Grammy-winning musician Ted Nash. It was released Friday and recorded in New York City at Jazz at Lincoln Center.

She said she's finally returning to New York this week for the first time in over a year.

“I feel, I think like millions of other people, changed by (the pandemic) and still disturbed by it. I think we have to really take time to know that you don’t come out of something like this easily. You have to really pay attention to where you are. It was not easy. I think all of us came out with an experience and I think a lot of stories will come from this time," Close said from Montana, where she's been living since late 2019. “I certainly value getting together with other people. I value community more. I mean, I was lucky to be near my family through the whole thing."

During the pandemic she was able to film “Swan Song" in Canada alongside Oscar-winning actor Mahershala Ali. The Apple TV+ film does not have a release date.

“If it’s half as beautiful as the experience of making it, it’s going to be a fantastic movie for people to see," she said.

“I noticed when I was up there, the whole crew was always like this," Close added as she put hand over nose and mouth. “You never saw somebody’s whole face. You just saw their eyes. And I as an actor, I hang on people’s eyes, right. So I thought, ‘Oh, the eyes are the most important thing.' But when I would go and I’d say, ‘OK, I’m six feet away, can I just see your face for five seconds?' And it would be a revelation every single time."

Most of the time you had no idea what that person really looked like. And I really feel that we need our whole faces. And I’m so happy that now we can get into a situation where we could see our faces in real time. That means a lot to me."