GOP seeks a candidate that can end its exile in Virginia 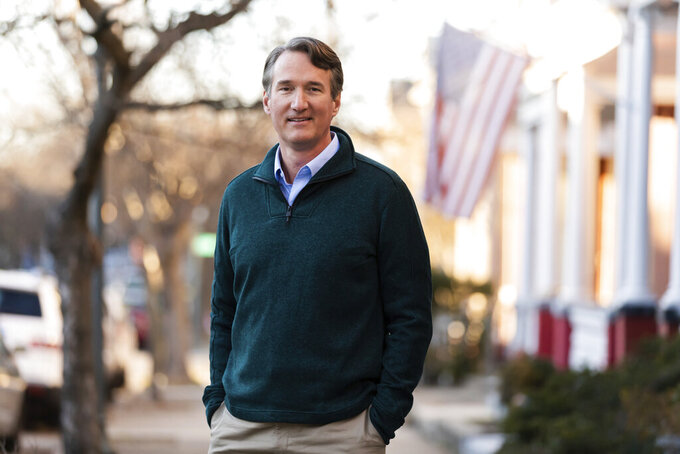 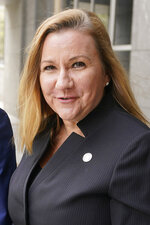 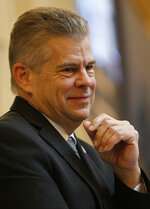 FALLS CHURCH, Va. (AP) — Few places in the country have moved as quickly toward Democrats as Virginia, where Barack Obama ended his party’s 44-year presidential losing streak just 12 years ago.

Republicans have won the governor's mansion just once since then. And in 2020, the state wasn’t even considered a battleground.

The shift has left Republicans in Virginia searching for a path back to power and looking primarily on the right. Like the national GOP, state Republicans have lined up behind former President Donald Trump and his brash politics. A state GOP convention on Saturday will reveal how far they're willing to go.

In an unusual party vote, some 53,000 Republicans are set to pick their nominee for the governor's race this year — a rare off-year election that is often viewed as a preview of midterm elections. The delegates will select from a field of candidates, some of whom claim to be in the Trump mold — “Trump in heels,” one says — and others who stress they can win moderates and lead the party out of the wilderness.

“The party has to be about an agenda that demonstrates leadership and speaks to Virginia families across the state,” said former Rep. Eric Cantor, who once anchored a solidly Republican congressional delegation until he lost his Richmond-area seat in 2014. Cantor noted that Trump has “stayed out of this race,” giving candidates the space to run without necessarily defining themselves around the former president.

Republicans win statewide races by ginning up turnout among their base, especially in southwest Virginia, while holding their own in the fast-growing suburban corridor stretching from metro Washington, D.C., to Richmond and down the coastline.

That formula has become harder and harder to make work, as demographic changes and anti-Trump sentiment in northern Virginia and other suburban communities drive the Democratic shift. Trump lost the state to President Joe Biden by 10 percentage points.

“A disaster,” said Ken Cuccinelli, a Republican who ran for governor in 2013 and lost to Democrat Terry McAuliffe, who is the favorite for his party’s nomination this year. Cuccinelli is campaign co-chair for businessman Pete Snyder, who is also running for governor. “We want the most conservative candidate who can win."

But there’s no clear consensus among leading Virginia Republicans on just what that looks like.

State Sen. Amanda Chase is making the clearest bet that Trump offers the best path to victory. Calling herself “Trump in heels,” she echoes his false declaration that the 2020 election was fraudulent and declares the insurrectionists who stormed the U.S. Capitol to be “patriots."

Longtime state Del. Kirk Cox, a former House speaker when Republicans ran the statehouse, takes the opposite tack, running from the Virginia GOP’s old guard and emphasizing that he already represents the kind of suburban voter Republicans must win over.

The field also includes two wealthy businessmen, Snyder and Glenn Youngkin. Both are running as conservatives aligned with Trump policies and pitch themselves as “outsiders” — not unlike candidate Trump in 2016. But they’ve focused more directly on their own private-sector careers and promised to reopen schools that have remained closed amid the COVID-19 pandemic. Some of their allies see Chase as too big a risk to take in November, but that’s not something Snyder or Youngkin tells GOP voters.

Perhaps the biggest wild card is the unusual convention process, which uses ranked-choice ballots that will be tabulated by hand. The leading campaigns agree that no one will get a majority of first-place votes, meaning the nomination will be settled by how voters rank the candidates beyond their top choices. Party officials have said it could take days to announce the nominee.

The winner is trying to become the first Republican to win the governor’s office since Bob McDonnell prevailed in 2009 by 18 points — a margin that presaged Republicans’ national romp in the 2010 midterm elections.

Cuccinelli, who worked in Trump’s administration, argued that Democratic Gov. Ralph Northam, who is barred by law from seeking a consecutive term, has given the GOP an avenue on matters having nothing to do with Trump. He noted that many Virginia schools have yet to allow in-person learning.

“They’ve kicked the door open to that challenging demographic for us in the suburbs,” Cuccinelli said. “Suburban moms are mad as hell.”

Chase, for her part, agrees suburbs are key. She just doesn’t think she’d be a liability there and notes she represents such a district now in the state Senate.

“I just happen to have captured the hearts of people who are passionate about Donald J. Trump,” Chase said in an interview.

But she also pushes the envelope with her insistence that Trump rightfully should be serving a second term. When people assume Trump is an albatross in Virginia, she said, “usually that person assumes the election was fair, and they don’t see the things that I do.”

Snyder, who built his own marketing firm, and Youngkin, recently retired as CEO of The Carlyle Group, an investment house, are more circumspect. They join the national GOP trend of calling for changes to voting procedures but stop short of declaring Biden an illegitimate president.

The leading quartet’s web of endorsers further reflects the Virginia GOP’s evolution over its decade of losses and the national party’s splintering identity in the Trump era.

Cox has endorsements from McDonnell and another former governor, George Allen, who both managed suburban success in their races. “I come from the bluest Republican district in the state,” Cox said in an interview, something he repeats frequently on the campaign trail.

Chase, while not securing Trump’s endorsement, has backing from Michael Flynn, the convicted-but-pardoned former general and a favorite of the former president's. But it’s notable that Chase, before she became a Trumpian provocateur at the statehouse, ran her own political consulting firm with establishment clients like Cantor.

Youngkin campaigned this week with Texas Sen. Ted Cruz and is running his campaign with some of the same top advisers who ran Cruz’s 2016 presidential campaign. Those advisers see Cruz, once a withering Trump critic but now an ally, as validating Youngkin to the former president’s base without compromising his general election appeal.

Snyder, meanwhile, has opted for Sarah Sanders as his top outside surrogate. The former Trump White House press secretary is running for Arkansas governor with her old boss’s endorsement. Snyder also has Cuccinelli, who served in Trump’s administration, bending the president's ear. “I keep the president informed on the race,” Cuccinelli said.

But even with all the angling, the campaigns acknowledge that ranked-choice voting makes it impossible to predict who will carry the GOP banner in the fall.

“It’s hard to know with so many new delegates,” said Cantor. “But Republicans want to win.”