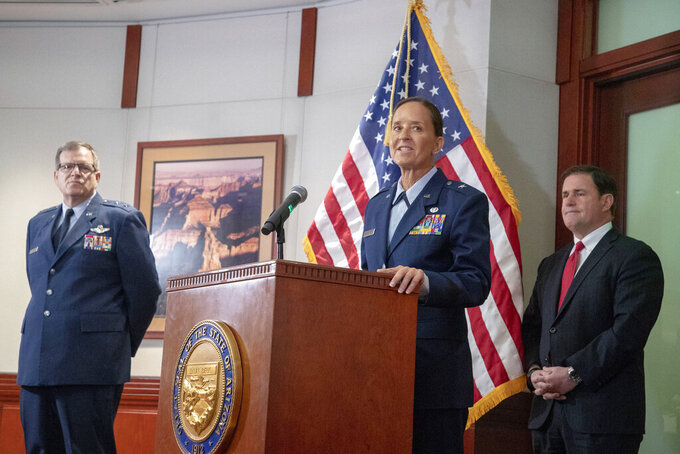 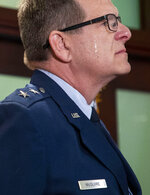 PHOENIX (AP) — Gov. Doug Ducey on Thursday appointed Brig. Gen. Kerry Muehlenbeck to be the first female leader of the Arizona National Guard and the state's emergency management agency as it enters a second year on the front lines in combatting COVID-19.

As adjutant general of the Arizona Guard, Muehlenbeck will lead 8,300 guard members and civilian employees of the Department of Emergency and Military Affairs. A former judge advocate at Davis-Monthan Air Force Base in Tucson, she joined the Guard after leaving active duty in 1997 and worked as a civilian prosecutor in Pima County.

Muehlenbeck was previously deputy adjutant general and director of administrative services, and before taking command of the Guard was a professor at Mesa Community College. She has a Ph.D. in justice studies in addition to her law degree and a variety of civilian and military credentials.

Muehlenbeck acknowledged but downplayed the historic nature of her appointment.

“I’m a lawyer by trade. I’m an educator at heart. And yes, I also happen to be a female, but clearly I didn’t have much control over that," Muehlenbeck told reporters in the lobby of Ducey’s office. "I do hope that what I’ve done and who I am is more important than simply my sex,"

She replaces Maj. Gen. Michael McGuire, who is retiring and considering a political career.

McGuire was a frequent presence by Ducey's side as he delivered weekly televised briefings about the state's response to the pandemic through the spring and summer. The guard helped deliver goods and stock shelves at food banks and grocery stores as supply chains froze up and panicked shoppers snapped up food and paper products last year.

The Guard also built temporary medical facilities and flew supplies to the remote and underserved Navajo Nation as the outbreak hit the reservation hard.

McGuire said 85% of the Guard has been called up in the last year, more than have ever responded to domestic needs.