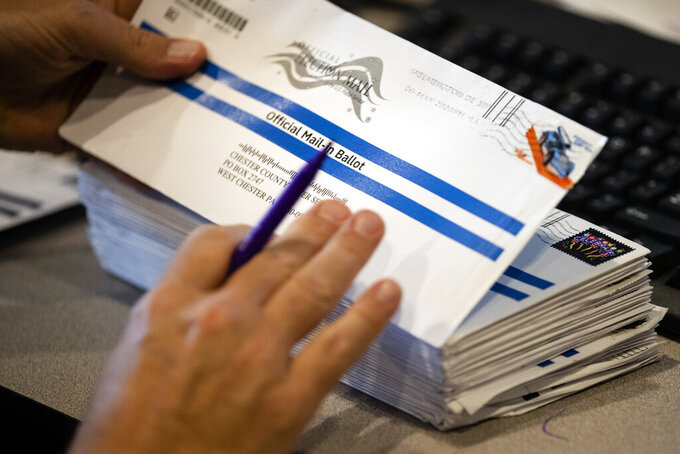 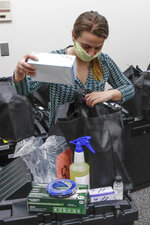 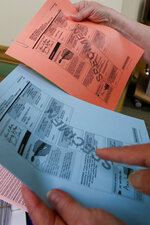 HARRISBURG, Pa. (AP) — Amid protests over George Floyd’s death across Pennsylvania, Gov. Tom Wolf on Monday ordered Philadelphia and five other counties to keep counting ballots in the primary election that arrive by mail for seven days after Tuesday's 8 p.m. deadline.

Wolf, a Democrat, made the announcement as the state prepared for a primary election like none other in its history Tuesday. In addition to the civil unrest, counties were struggling with an unexpected flood of mail-in ballot requests and difficulties wrought by the coronavirus pandemic.

But officials in some counties have worried that voters wouldn’t receive their ballot in time for the U.S. Postal Service to return it to county election offices by the 8 p.m. election day deadline. Officials in several counties had already sought a delayed deadline.

The governor's office said Wolf's order is limited to Philadelphia and Allegheny, Dauphin, Delaware, Erie and Montgomery counties, where his emergency declaration over the protests was active as of Monday.

Ballots must be postmarked by Tuesday’s 8 p.m. deadline. The new deadline to receive them and count them, under Wolf’s executive order, is 5 p.m. on June 9, the governor's office said.

“Voting by mail, the counting will continue for seven days after tomorrow,” Wolf said during a brief appearance in Philadelphia. “I can't do anything about the election day, but I am extending the time to actually get votes in.”

In a separate statement later, Wolf called it “an unprecedented time for Pennsylvania and our nation as we face a major public health crisis and civil unrest during an election. Voting is the cornerstone of our democracy and I want to ensure that voters can cast their ballot and that it is received in time.”

More than 1.8 million voters applied for a mail-in or absentee ballot, smashing expectations by state officials for the debut of a new state law expanding access to mail-in balloting.

But the unexpected volume of mail-in ballot requests has proven to be a particularly daunting challenge for county elections officials. They are warning that election results are likely to be delayed well past election night, and some counties struggled to meet the demand, laboring to respond to mail-in ballot applications that poured in before last Tuesday's deadline.

Delaware County, which already sent out approximately 80,000 ballots, said it was still sending out 6,000 ballots on Monday, and that another 400 would not be mailed to voters who had requested them due to “timing and staffing constraints.”

Courts until now had rejected efforts by various parties to extend the deadline, including in one case where Wolf's administration had argued that it would be unconstitutional because it would give different voters different deadlines.

Lawrence Tabas, the state Republican Party chairman, said he wants to make sure Wolf's order is challenged in court promptly.

“He does not have the constitutional authority to issue this order and while all of us believe that the health and safety of all Pennsylvanians is the paramount priority, that does not give him the right to ignore federal and state constitutional protections,” Tabas said in an interview.

Voters who do not receive their ballot in the mail can vote provisionally at their polling location. In addition, some counties were providing ballot drop-off locations.

Counties were already dealing with the difficulty of maintaining polling places amid the pandemic, and many are rolling out new voting machines ordered by Wolf as a bulwark against election meddling.

The election was postponed from April 28 to avoid an election at the height of Pennsylvania's spike in COVID-19 cases, and candidates and political parties have urged voters to cast ballots by mail.

Polls will be open from 7 a.m. to 8 p.m. Tuesday. Polling places in some counties have been moved or consolidated to cope with difficulties recruiting election volunteers fearful of contracting the coronavirus, and social distancing rules will be in place at the still-open locations.

The result of the highest profile contests on the ballot are a foregone conclusion, as President Donald Trump and former Vice President Joe Biden are the presumptive major-party nominees.

There is only one competitive primary in the only three statewide races for attorney general, auditor general and treasurer, a six-way Democratic primary for auditor general.

All 18 of the state's members of the U.S. House of Representatives are seeking reelection, although only two have primary opposition.

In the Legislature, all 203 House seats and half the 50-member Senate are up this year. Republicans currently have a 110-93 House majority and a 29-21 Senate margin.