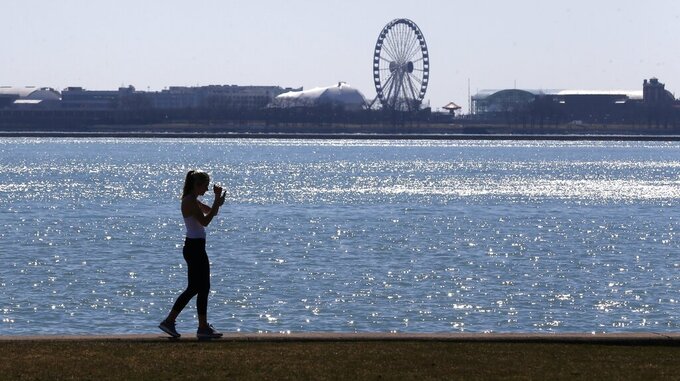 Lawmakers last fall put $320 million into the 2020 budget for the Great Lakes Restoration Initiative, a multiyear program that focuses on some of the region's most pervasive ecological problems. It was a $20 million boost over the amount appropriated in most years since the program began a decade ago.

“With this additional $20 million, we will be able to target many harder-to-solve challenge areas like invasive species and high nutrient loads," said Andrew Wheeler, administrator of the Environmental Protection agency, which distributes the money for projects across the eight-state region.

The Trump administration has warmed to the program, which enjoys bipartisan support in Congress, after proposing in earlier budgets to cut most or all of its funding. The administration supported full funding for this year and fiscal 2021, Wheeler said in a call with reporters, describing President Donald Trump as “a fan of the Great Lakes.”

Environmental advocates said the spending increase didn't compensate for other administration policies that harm the lakes, such as a rollback of federal jurisdiction over many streams and wetlands that feed them.

“Andrew Wheeler can’t have it both ways — you either protect clean water or you don’t," said Mary Brady-Enerson, Michigan Director for Clean Water Action. “Despite this needed increase in funding for the GLRI, Trump’s EPA has steadily eroded protections for our water over the past three years.”

EPA will devote $7.5 million of the extra money to cleanup of “areas of concern” — harbors and river mouths where industrial toxins were dumped in the past century, Wheeler said. Tainted sediments will be removed and wildlife habitat restored.

Additionally, $5 million will be used to develop systems for treating ship ballast water, which has brought invasive species such as zebra and quagga mussels to the lakes from overseas ports.

Another $5 million will go to states for projects to reduce nutrient pollution that causes algae blooms, prevent invasions by exotic species including Asian carp, and restore habitat. A program to remove trash from the lakes and shorelines will get $2 million, while $500,000 will support operations at the Great Lakes National Program Office in Chicago.

“The Great Lakes Restoration Initiative meets an enormous unmet need for our region and the millions of people who depend on the Great Lakes for their drinking water, work, and leisure,” said Rep. Marcy Kaptur, an Ohio Democrat who chairs the House Appropriations Subcommittee on Energy and Water Development.

Rep. Bill Huizenga, a Michigan Republican and co-chair of the House Great Lakes Task Force, said the program “has established an effective record of protecting, preserving, and strengthening” the lakes.

Most EPA staffers are working from home because of the coronavirus outbreak and have been instructed to avoid settings that could expose them, Wheeler said.

But agency officials said the field work season hasn't begun for most Great Lakes projects funded under the program and that they hope those planned for this year can proceed.