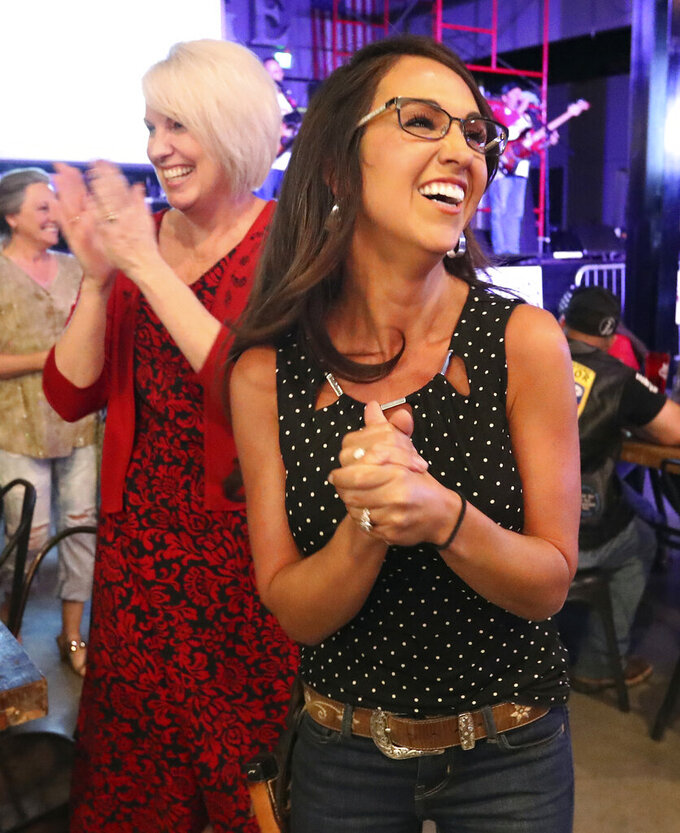 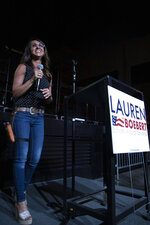 Tipton became the fourth House member to lose renomination bids this year. Republican Reps. Steve King of Iowa and Denver Riggleman of Virginia, and Democrat Daniel Lipinski of Illinois, have already been ousted by challengers.

He lost Tuesday to Lauren Boebert, the owner of a gun-friendly restaurant in a western Colorado town called Rifle. Earlier this year, Boebert said in an interview that she was “very familiar” with the QAnon conspiracy theory, but she stopped short of saying she was a follower.

“Everything that I’ve heard of Q, I hope that this is real because it only means that America is getting stronger and better, and people are returning to conservative values,” she told interviewer Ann Vandersteel.

QAnon followers believe that Trump is fighting enemies in the “deep state” and a child sex trafficking ring run by satanic pedophiles and cannibals. The QAnon name comes from online clues purportedly posted by a high-ranking government official known as “Q.”

Boebert won the primary for Colorado's 3rd Congressional District after a campaign in which she accused Tipton of not being sufficiently pro-Donald Trump even though the president had endorsed Tipton. Trump congratulated Boebert on Twitter, saying, “Congratulations on a really great win."

She will run in November’s general election against Diane Mitsch Bush, a former state lawmaker who won the Democratic nomination on Tuesday by defeating businessman James Iacino. Tipton defeated Mitsch Bush in the 2018 election to represent the 3rd Congressional District, which encompasses a swath of southern and western Colorado.

Tipton conceded in an email sent by his longtime campaign consultant Michael Fortney.

“(Third) District Republicans have decided who they want to run against the Democrats this November,” Tipton wrote. “I want to congratulate Lauren Boebert and wish her and her supporters well.”

Boebert made a name for herself after loudly protesting Democratic Gov. Jared Polis’ orders to close businesses to fight the coronavirus pandemic. She opened her Shooters Grill restaurant in defiance of closure orders.

Boebert confronted then-Democratic presidential candidate Beto O’Rourke during a stop last year by in the Denver suburb of Aurora, questioning him on suggestions he’d confiscate guns — a moment that landed her on Fox News.

“A sober look at the Tipton Record shows a back-burner representative that has failed to live up to his conservative chops that he touted on his Tea Party-inspired campaign trail,” Boebert wrote in a recent Aspen Times column. “If his record lived up to his campaign rhetoric, I wouldn’t feel so compelled to run.”