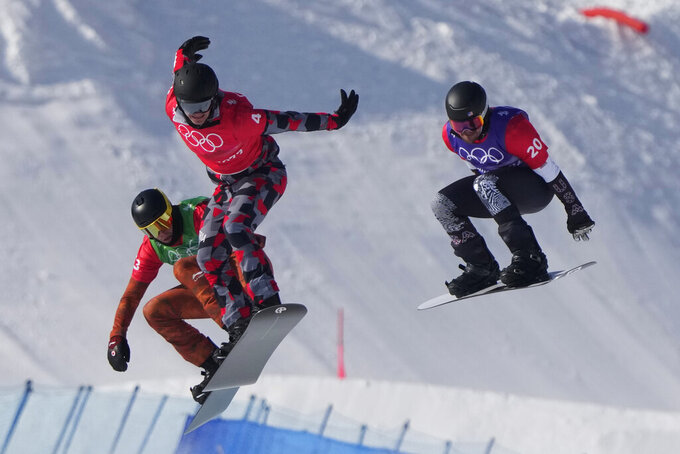 ZHANGJIAKOU, China (AP) — Alessandro Haemmerle of Austria held off Eliot Grondin of Canada in a photo finish to win the Olympic men’s snowboardcross at Genting Snow Park on Thursday.

The 20-year-old Grondin made it close by almost diving toward the finish line with his board. It wasn’t enough to overtake Haemmerle, who took home a medal — gold at that — in his third Olympics. Omar Visintin of Italy earned the bronze.

This was the first men’s Olympic snowboardcross final not won by either Seth Wescott (2006, ’10) or Pierre Vaultier (’14, ’18). The retired racers cleared the stage for Haemmerle, a three-time snowboardcross crystal globe winner.

Snowboardcross is an Olympic event where four riders simultaneously fly down the same course full of jumps, banked turns and other features. It’s rough and filled with spills. The riders were seeded based on a time trial and then took part in a bracketed tournament, with the top two advancing through to the next round until the final.

Jake Vedder wound up sixth — second place in the small final — as a late injury replacement for the United States. He took the spot of Alex Deibold, who suffered a head injury in a crash during qualifying at a World Cup event leading up to the Olympics and couldn’t compete.