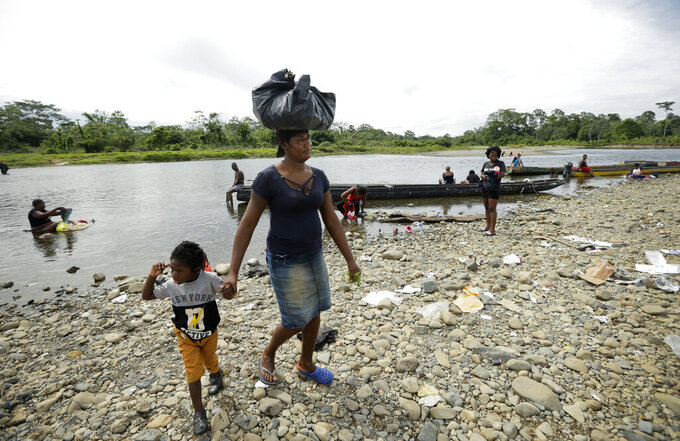 PANAMA CITY (AP) — A Haitian migrant who had been staying in a Panamanian government camp has died of an undisclosed illness that authorities say was not COVID-19.

Panama’s National Immigration Service said Wednesday that the woman died in a hospital in the capital of an infectious disease that led to kidney failure. She had previously been at a migrant camp in La Peñita in Darien province where migrants have complained of the conditions.

On Thursday, Santiago Paz, local representative of the International Organization for Migration, said the woman was hospitalized July 26. He said Panamanian authorities had taken those in need of medical attention to hospitals in the capital.

That was the case as well for a 2-year-old Brazilian toddler who died June 25 after being at a migrant camp near Panama's border with Costa Rica, he said. The child and his mother had been among migrants in a camp in La Peñita who were moved to a camp on the other side of the country to alleviate overcrowding and provide better conditions.

The announcement of the woman's death came the same day that a judge ordered eight Haitian migrants to remain in jail pending trial on charges they set fire to a tent housing medical supplies at a shelter in remote Darien province near the border with Colombia. Four other migrants facing charges were released and required to check in with authorities twice a week.

They face the possibility of deportation to Haiti.

Frustrations have been growing for migrants have been stuck in Panama for months by pandemic-casused border closures. The migrants want to be allowed to continue travelling north and have complained about overcrowding and poor conditions in the camps.

There are nearly 2,000 migrants at government-run camps in Darien and additional concentrations of migrants near the border with Costa Rica. The government has defended its treatment of the migrants.