Hawaii Democrat Kahele wins to succeed Gabbard in US House 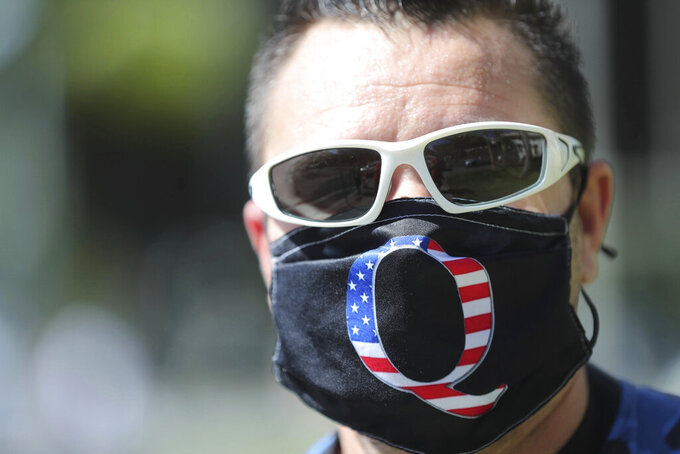 Gabbard, also a Democrat, did not run for reelection to the seat representing the 2nd Congressional District, which includes suburban Honolulu, rural Oahu and Hawaii’s other islands. She instead chose to focus her energy on an ultimately unsuccessful campaign for president.

Kahele had been heavily favored to win. Democrats hold all of the state’s elected federal offices, the governor’s office and control supermajorities in the state House and Senate.

The 46-year-old said at the top of his agenda would be making sure Hawaii’s four-member congressional delegation is unified so it can navigate the islands through the coronavirus pandemic and getting the state out of the economic recession.

Hawaii and its counties don’t have the financial resources they need to “weather the storm,” he said in a phone interview after winning.

“It is going to need federal support, sustained federal financial resources. And that is where our delegation is going to have to work extremely hard to make sure that we get the federal funding that we need,” Kahele said.

Valerie Scanlan, a registered nurse who lives in Puna on the Big Island, said she voted for Kahele in part because he has a good understanding what Hawaii calls the “Neighbor Islands.” These are the mostly rural islands that are often overshadowed by Oahu Island, where Honolulu is located.

“I mean, we’re really unique. So we kind of need somebody who’s pretty equipped to do that at the congressional level, especially now,” she said.

Kahele is from Hilo on the Big Island’s east side. The second congressional district has long been represented by politicians from Oahu.

Kahele is pilot for Hawaiian Airlines and the Hawaii Air National Guard. He has served in the state Senate since 2016. Once sworn in, Kahele will be the second Native Hawaiian to serve in Congress since statehood.

Kahele is an advocate of Medicare for All and supports the idea of a Green New Deal to address climate change and help Hawaii meet its clean energy goals. He has served in the state Senate since 2016, when he was first appointed to fill the remainder of his father’s term after he died. He was elected for the first time later that year.

In the race for Hawaii's other congressional seat, Case defeated Republican Ron Curtis, a retired engineer, for a second term.

Case said he was grateful to voters for sending him back for another term. He said the pandemic would dominate the next Congress.

He has been an attorney for Outrigger Hotels and worked at multiple law firms.

Biden was expected to win the heavily Democratic state. Biden served eight years as vice president for Hawaii-born President Barack Obama. The last time a Republican presidential candidate won Hawaii was in 1984, when the islands voted to reelect Ronald Reagan to a second term.

Autumn Goerts, a Democrat from Honolulu, voted for Biden.

“I believe that if Trump’s isolationist policies continue, we’re not going to have advocacy for peace between nations,” Goerts said.

Honolulu resident Blair Cabaluna, who voted for Trump, said he cast his ballot for righteousness.

”And I stood up for the principles that I grew up as a Christian believer. So that’s why I vote Republican,” said Cabaluna, who owns a cleaning business.

As of Monday, more than 526,000 people had voted — a figure 20% higher than the total election turnout four years ago. That is a record for the number of people who have voted in a Hawaii election. The previous record was marked in 2008, when 456,064 people voted the year Obama was first elected president.

Hawaii voters have also had the option of casting their ballots in person at a select few voter service centers in the weeks leading up to the election. Only about 19,000 people voted this way as of Monday.