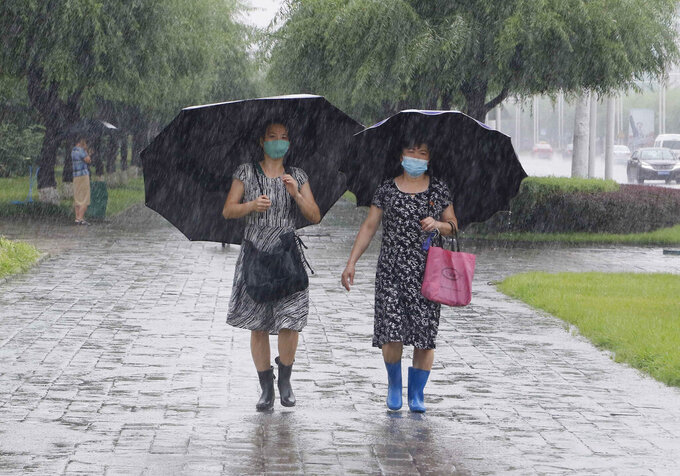 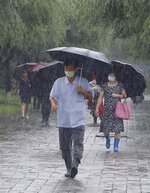 The North’s official Korean Central News Agency reported Tuesday that the heavy rain is expected to continue in most of the country until Thursday.

State media haven't said whether there have been any casualties or property damage. The country often suffers heavy damage from summer rains due to poor drainage, deforestation and dilapidated infrastructure.

Any extensive damage from heavy rains this year could worsen the North’s already-serious economic troubles. North Korea is struggling to cope with U.S.-led economic sanctions and the coronavirus pandemic, which forced it to seal off its border with China, its biggest trading partner, in January.