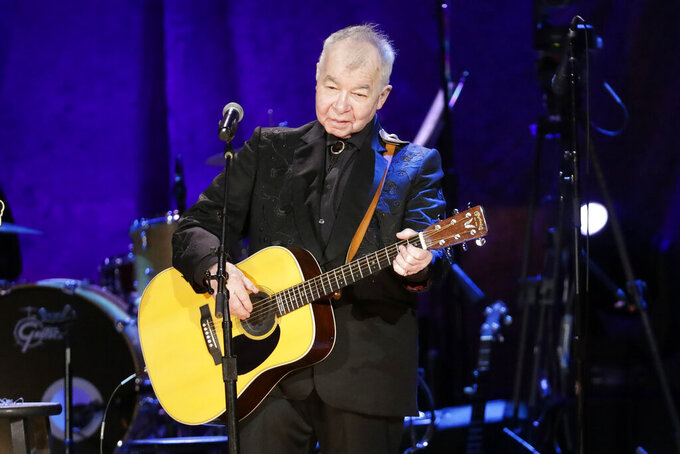 FILE — In this Sept. 11, 2019, file photo, John Prine performs at the Americana Honors & Awards show in Nashville, Tenn. Prine was named artist of the year at the Americana Honors and Awards. The Americana Music Association announced the winners online this year after their awards show, normally held in Nashville, Tennessee, was cancelled because of the pandemic. Prine died April 7, 2020, from complications of the coronavirus. He was 73. (AP Photo/Wade Payne, File)

NASHVILLE, Tennessee (AP) — The Highwomen won three awards, including album, song and duo/group of the year, at the Americana Honors and Awards. The late John Prine was given artist of the year honors.

The Americana Music Association announced the winners online on Tuesday this year after their awards show, normally held in Nashville, Tennessee, was cancelled because of the pandemic.

Prine, who died in April due to complications from COVID-19, was a titan among the Americana music community, having won artist of the year three times previously and received a lifetime achievement award in 2003.

The Highwomen, a supergroup made up of Brandi Carlile, Natalie Hemby, Maren Morris and Amanda Shires, won for their self-titled debut record and song of the year for “Crowded Table," which was written by Carlile, Hemby and Lori McKenna.

Black Pumas, a rock band based out of Texas, won emerging act of the year. The band is also nominated for three Grammys this year, including album of the year and record of the year.

Brittany Haas won instrumentalist of the year for her work as a fiddle player who has collaborated with Steve Martin, Béla Fleck, Abigail Washburn and more.