Hokies AD: More than half of football team contracted virus 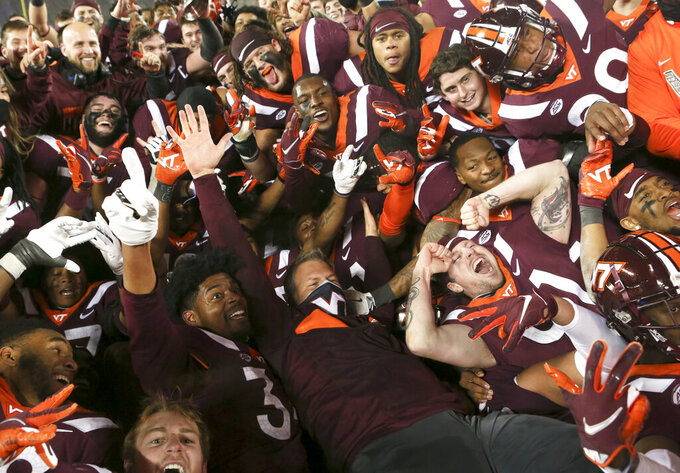 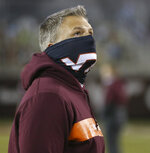 Virginia Tech athletic director Whit Babcock painted a stark picture Tuesday of what the Hokies went through during the football season amid the coronavirus pandemic.

“Well over half of our team, maybe three-fourths, contacted COVID since March,” Babcock said in an hourlong Zoom call. “Eight of our 10 full-time coaches contacted it, including our defensive coordinator (Justin Hamilton) missing the first two games.”

The virus impacted Virginia Tech from the start of the season. The Hokies had to postpone their opener against Virginia because of an outbreak within the team

The Hokies continued to be without key players throughout the season, and were shorthanded for their regular season finale against Virginia. Though Virginia Tech won that one, 33-15.

The Hokies finished the regular season 5-6, and 5-5 in the Atlantic Coast Conference, which Babcock noted “played the most games in college football this year, by far.” The AD added that Virginia Tech played 11 regular-season games, which not many teams in the country will do, adding “there is no road map or manual on how to do that."

Babock said when he interviewed football coach Justin Fuente and every other coach at Virginia Tech, “I never once asked them how they were going to manage through a worldwide pandemic.”

Babcock said he wanted to use the call with reporters to explain in depth his reasons for retaining Fuente. The athletic director said he did not view the high infection rate as a repudiation of Fuente's leadership or that of others around the program.

“I am aware of where a lot of the other teams in the league are and we're also talking about since March and a lot of ours got it before they came back,” Babcock said. “... I didn't get the sense it was lack of discipline. It is an incredibly contagious disease and almost everyone in our league went through it and you are seeing it happen across the country.”