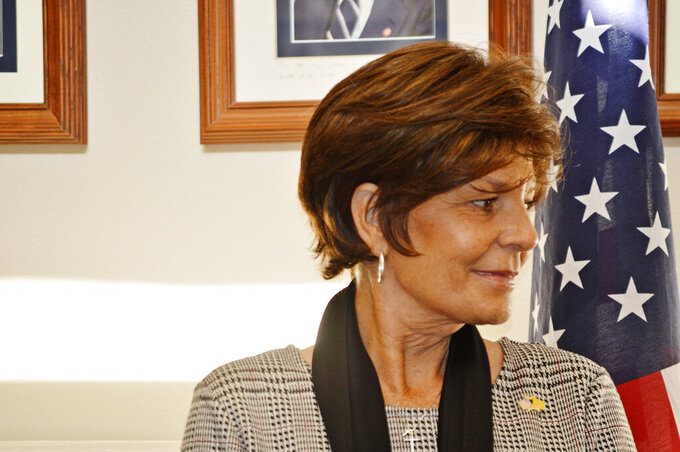 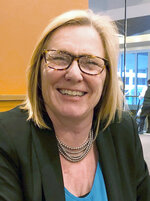 Democrats are pushing to seal control of the House for two more years as they bank on their health care focus, dominant fundraising and broad suburban indignation with President Donald Trump to make their majority in the chamber even larger.

Stanton-King, 43, is a reality TV personality and outspoken supporter of President Donald Trump.

“We know that socialism, it means ‘burning hell,’” Salazar said.

Greene was heavily favored in the conservative district even before Democratic challenger Kevin Van Ausdal suddenly dropped out in September, saying he was moving out of state.

Greene is a businesswoman and political newcomer who’s gained large followings on social media in part by posting incendiary videos and comments. She has claimed in online videos that Black and Hispanic men are being held back by “gangs and dealing drugs,” alleged an “Islamic invasion” of government offices and accused Jewish billionaire George Soros of collaborating with Nazis.

Democrats are hoping to cement control of the House for two more years with perhaps an even larger majority.

They are banking on anxiety over the pandemic, suburban indignation with President Donald Trump and a fundraising advantage.

Over a dozen incumbents of both parties from safe districts have been easily reelected as polls are beginning to close in some eastern and Midwestern states. But early results aren’t conclusive yet in hotly contested districts in Virginia, Georgia, Ohio and North Carolina.

Democrats are aiming to seal control of the House for two more years this Election Day.

They’re banking on voters’ dismay over the pandemic, broad suburban indignation with President Donald Trump, and dominant fundraising to make their majority even larger.

Republicans are hoping to oust at least some of the 29 Democrats in districts Trump won in 2016, most of them freshmen. But nearly all Democratic incumbents in potentially vulnerable districts have been outspending their GOP challengers, often by vast margins.

Both parties’ operatives agree that the GOP is mostly playing defense and will be fortunate to limit Democratic gains to single digits.12:45 p.m.

The third-ranking Democrat in the U.S. House is predicting Democrats will pick up as many as a dozen House seats.

Majority Whip Jim Clyburn told reporters outside a polling place in Columbia, South Carolina, on Tuesday that he believed it would be a “good night for Democrats” up and down the ticket.

Clyburn says, “Holding the House would just be status quo. Winning the Senate would make it good.”

Democrats control the House 232-197, with five open seats and one independent. It takes 218 seats to control the chamber. Republicans control the Senate.

Clyburn says the nation’s division “didn’t start with Trump, and it won’t stop with Trump.”

On an Election Day conference call with reporters, the California Democrat said “this election is about nothing less than taking back the soul of America, whether our nation will follow the voices of fear or whether we will choose hope.”

Pelosi and Rep. Cheri Bustos say the party is reaching deep into Trump country to win seats. Bustos is chair of the campaign arm for House Democrats, who are well positioned to try to add longtime GOP seats in Long Island, Arkansas, Indiana and rural Virginia.

Bustos says Democrats “are going to see some wins in those deep red districts.”

Biden has spent the day visiting Pennsylvania. Trump had a phone interview on Fox News Channel.