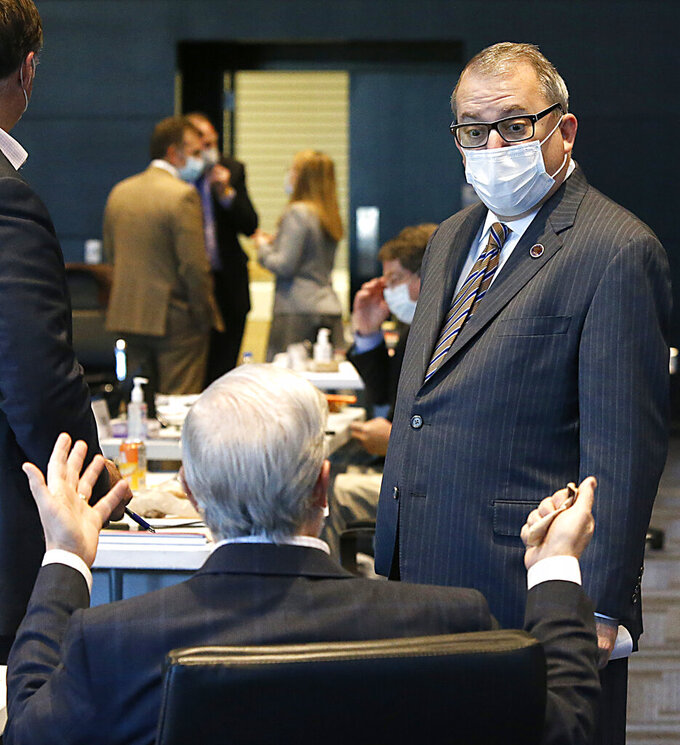 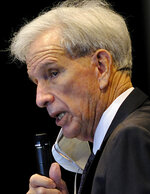 After similar sick leave measures died in last year's regular and special sessions, the issue continues to prove divisive among Democrats who control the state government. As this year's bill has been easily advancing through the House, its chief sponsor and advocates on both sides of the issue have expressed skepticism or uncertainty that the upper chamber would look favorably upon it.

Del. Elizabeth Guzman said in an interview that she whittled down this year's bill from versions she’s previously carried after discussions with senators who voted against it in the past.

“I would like for the senators and other businesses in Virginia to just start looking at workers as humans, and not as a production machine,” said Guzman, who is seeking her party’s nomination for lieutenant governor.

Guzman's bill, which passed 54-46 Thursday morning, would require employers to provide full-time essential workers like grocery store employees and prison personnel paid sick leave. It includes a hardship waiver that could exempt certain businesses from the mandate, and it would exempt retail companies with fewer than 25 workers. The bill wouldn't allow a worker to accrue more than 40 hours of paid sick leave in a year, unless the employer selects a higher limit.

Advocates have argued that the pandemic has only heightened the need to make sure workers can stay home if they or their children are ill and that not offering paid sick leave can create a crisis for workers forced to choose between taking a sick day or getting paid.

Joyce Barnes, a home care worker who spoke at a news conference in support of the bill, shared a story about catching an illness from a client and getting so sick she was in the hospital for two weeks, receiving no pay during that time and watching her bills piling up.

“We get sick just like everybody else, yet we don’t get sick days,” said Barnes.

Dr. Danny Avula, the director of the Richmond and Henrico County health districts who Gov. Ralph Northam tapped to lead the state's vaccine distribution effort, has also backed the bill.

Opponents have said a sick leave mandate would be onerous and costly for small businesses that are already struggling amid the pandemic and related government restrictions.

“Many of them are doing everything they possibly can to accommodate any employee who has been exposed to the virus, who has tested positive for the virus. We just think that right now businesses are doing the right thing and this just isn't necessary at this point," said Nicole Riley, the state director of the National Federation of Independent Business.

Speaking against the measure Thursday, GOP Del. Chris Head said the bill would increase labor costs for businesses already facing a significant increase in the minimum wage thanks to legislation passed last year.

“This bill is, I know, very well intentioned, but it’s going to cause confusion and struggles for many small businesses,” he said.

Unlike most industrialized nations, the United States does not have a federal paid sick leave policy. As of mid-2020, according to the National Conference of State Legislatures, 13 states and Washington D.C. had enacted laws to require paid sick leave.

In the Senate, Democrat Barbara Favola withdrew her own bill that would have required employers who already offer a sick leave program to allow a worker to use leave for the care of an immediate family member. Favola expressed doubt that Guzman's bill could clear the Senate.

“Remember, it goes through the Commerce and Labor committee, and they ... feel that they’re the voice of business,” she said.

Riley said Thursday that her group was taking nothing for granted and would be making the same arguments it has in the past with senators, hoping they will “continue to recognize it's not the right moment to pass on a mandate to small businesses.”

Kim Bobo, executive director of the Virginia Interfaith Center, which has been a leading advocate for Guzman's bill, said she was hopeful.

But after a pause, she added: “We’re saying lots of prayers too. And doing texting and doing emailing and calling," she said.

Sen. Adam Ebbin, another Democrat on the committee, said in a text message that while he supports paid sick leave, he doesn’t see why the outcome in the Senate this year will be any different.