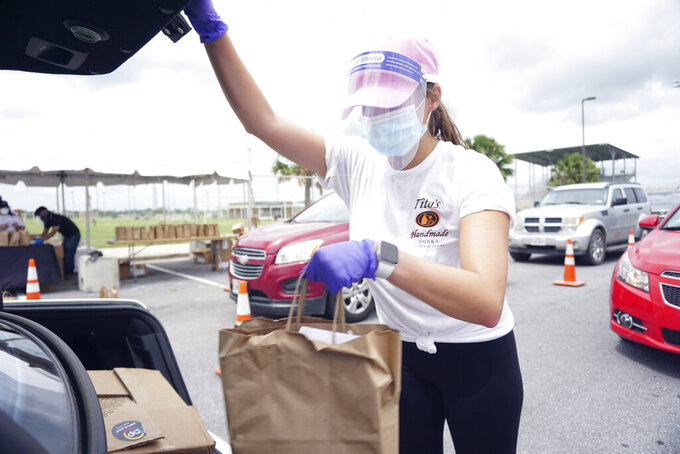 HOUSTON (AP) — Houston's mayor on Monday instructed police to begin issuing $250 fines for flouting statewide mask orders in hopes that August will stamp out a grim summer resurgence of COVID-19 that is now responsible for at least 7,000 confirmed deaths in Texas.

The move by Mayor Sylvester Turner comes one month after Republican Gov. Greg Abbott mandated face coverings in the midst of a massive outbreak. Since then, Texas as a whole has seen encouraging trends in hospitalizations and infection rates, but Turner described August as a critical month as schools approach reopening and fall flu season lurks around the corner.

Those caught not wearing masks in America's fourth-largest city would first receive a warning, followed by a fine on a second offense.

“Lives are at stake and so I’m taking this step to do our very best to drive these numbers down,” said Turner, adding that the city continued to get complaints about street and house parties with many people and no one wearing masks.

“We don’t want to write tickets. What we want people to do is the right thing,” Acevedo said.

More than half the states have issued orders to wear masks in most public settings. But enforcement nationwide is spotty. Some police chiefs say they don’t have the manpower to respond to every mask complaint, treating violations of the requirement as they would oft-ignored minor offenses such as jaywalking.

Texas reported more than three dozen new deaths from the virus Monday as the total number of deaths eclipsed 7,000, just two weeks after surpassing 4,000. But during that time, the rate of positive new cases has been trending downward and hospitalizations have leveled off around 9,000.

In Dallas, health officials reported the fewest number of daily new coroanvirus cases in the surrounding county since mid-June, which officials credited to mask wearing and more people staying home.

On Tuesday, Abbott is expected to visit the hard-hit Rio Grande Valley for the opening of hospital beds in a convention center in McAllen, where officials for weeks have pressed for more capacity. “Unfortunately, the death toll continues to mount but I remain hopeful that August will be a better month." Hidalgo County Judge Richard Cortez said.