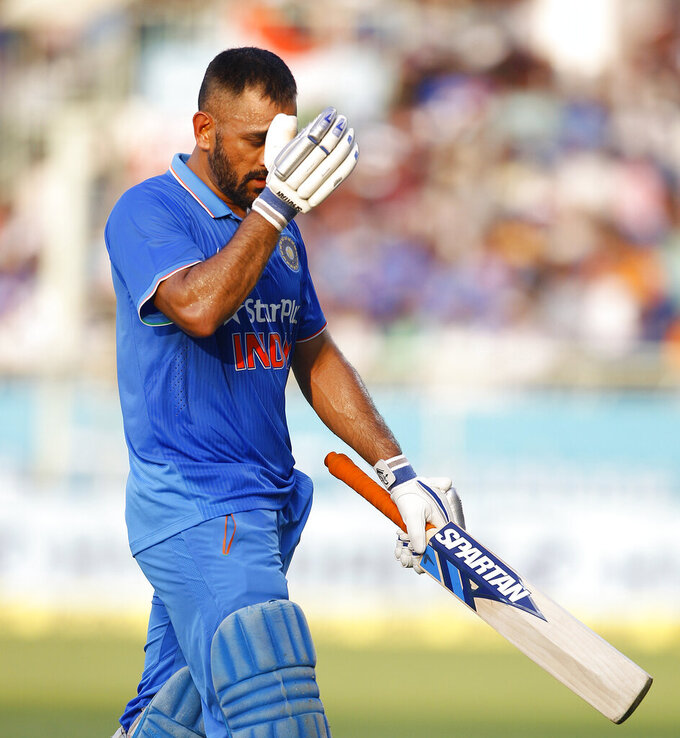 FILE - In this Saturday, Oct. 29, 2016, file photo, Indian cricket captain Mahendra Singh Dhoni leaves the ground after being dismissed during the fifth and last one day international cricket match against New Zealand in Visakhapatnam, India. India great Dhoni announced his retirement from international cricket on Saturday, Aug. 15, 2020. Under Dhoni’s stewardship, India won the T20 World Cup in 2007, the 50-over World Cup in 2011 and the Champions Trophy in 2013. (AP Photo/Aijaz Rahi, File) 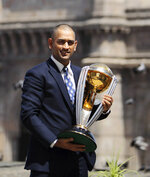 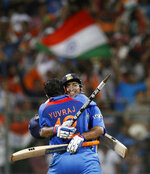 “Thanks a lot for your love and support throughout. From 1929 hours consider me as retired,” the 39-year-old wicketkeeper-batsman posted on his Instagram account.

The news came as he joined his Chennai Super Kings teammates ahead of next month's Indian Premier League tournament which will be held in the United Arab Emirates because of the coronavirus pandemic.

Dhoni, who played in 90 tests, 350 one-day internationals and 98 Twenty20s for his country, was dropped from India’s list of 27 centrally contracted players in January.

Fellow India great S​achin Tendulkar said Dhoni’s contribution had been immense. “Winning the 2011 World Cup together has been the best moment of my life,” the 47-year-old former batting maestro tweeted. "Wishing you and your family all the very best for your 2nd innings.”

Dhoni has not played international cricket since last year's 50-over World Cup, where he scored a half-century in India's loss to New Zealand in the semifinals.

He made his test debut in 2005 and retired from the longer format of the game nine years later.

Dhoni was one of his country's most successful captains before standing down as skipper of the limited-over teams in 2017.

Under his stewardship, India won the T20 World Cup in 2007, the 50-over World Cup in 2011 on home soil, which he spectacularly clinched off his own bat with a six, and the Champions Trophy in 2013.

The team also reached the top of the test rankings in 2009 under his leadership.

“Every cricketer has to end his journey one day, but still when someone you’ve gotten to know so closely announces that decision, you feel the emotion much more," Kohli said on a social media post. "What you’ve done for the country will always remain in everyone’s heart, but the mutual respect and warmth I’ve received from you will always stay in mine. The world has seen achievements, I’ve seen the person. Thanks for everything skip. I tip my hat to you.”

Fitting the impact Dhoni had on the international stage, the broader cricketing world also took to social media to praise and reflect on Dhoni’s decorated 15-year career at the highest level.

“Congrats on a wonderful cricketing career,” said Australian great legspinner Shane Warne. “Was a pleasure watching you play & the way you led your troops too. Good luck with everything you choose to do in the future ! Absolute legend.”

Former England captain Michael Vaughan also took to Twitter saying “the 2011 World Cup win was Tendulkar’s farewell but masterminded by MS Dhoni. What an incredible international career. You could argue the greatest ever white ball captain & finisher. Cheers for all the memories MS.”

“It was nothing but lovely playing with you (Dhoni)," Raina, a Chennai teammate, wrote on Instagram. "With my heart full of pride, I choose to join you in this journey. Thank you India.”