Indians hitting coach Van Burkleo opts out due to COVID-19 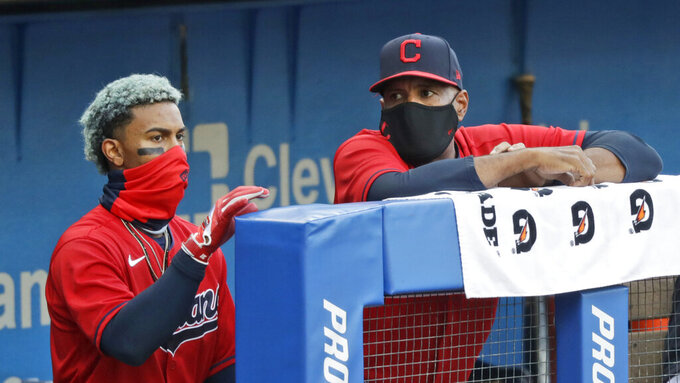 CHICAGO (AP) — Cleveland Indians hitting coach Ty Van Burkleo has opted out of the 2020 season due to concerns about contracting the coronavirus.

Team President Chris Antonetti said Friday that Van Burkelo had been contemplating his departure for some time because of a personal high-risk condition and for his family. The Van Burkleos have a special needs child.

Antonetti said the challenges of traveling and the lack of room in road ballparks may have been the tipping point for the 57-year-old Van Burkleo, who is in his eighth season with the club. He had been facing criticism over Cleveland's early offensive struggles.

“We are fully supportive of Ty's decision,” Antonetti said, adding Van Burkleo remains employed by the team. “He'll continue to provide support remotely and contribute any way he can from home.”

Antonetti said Alex Eckelman will join the staff to assist Victor Rodriguez and Justin Toole working with the Indians hitters.

Antonetti said the team spoke with all its coaches and staff before the season about working amid the inherent risks from the coronavirus. He said Van Burkleo was committed, but that the wear and tear of the protocols, particularly on the road, may have made it impossible for him to feel safe.

Manager Terry Francona will miss his sixth straight game Friday while addressing a gastrointestinal issue he has been dealing with for months. The 61-year-old Francona did not make the trip to Chicago and it's not yet known if he'll be back next week.

The Indians are off Monday before opening a two-game series at home against the Cubs.

First base coach Sandy Alomar Jr. has been filling in for Francona. Earlier this week, third base coach Mike Sarbaugh left his regular spot to help Alomar in the dugout. Cleveland has been without bench coach Brad Mills all season after he decided to spend time with family following the tragic drowning of his grandson this offseason.

Alomar said the staff had prepared for some coaching upheaval because of the threat of COVID-19.

Alomar said he has known Eckelman for almost a decade.

“He's good with video analysis. Very, very good,” Alomar said. “So I think it's a good resource to have to help Victor and (Toole) keep it going here offensively.”

“We've had to deal with a lot of things and a lot of adversity over the course of the last few months and that's been highlighted in the last week or so with some leadership challenges,” he said.