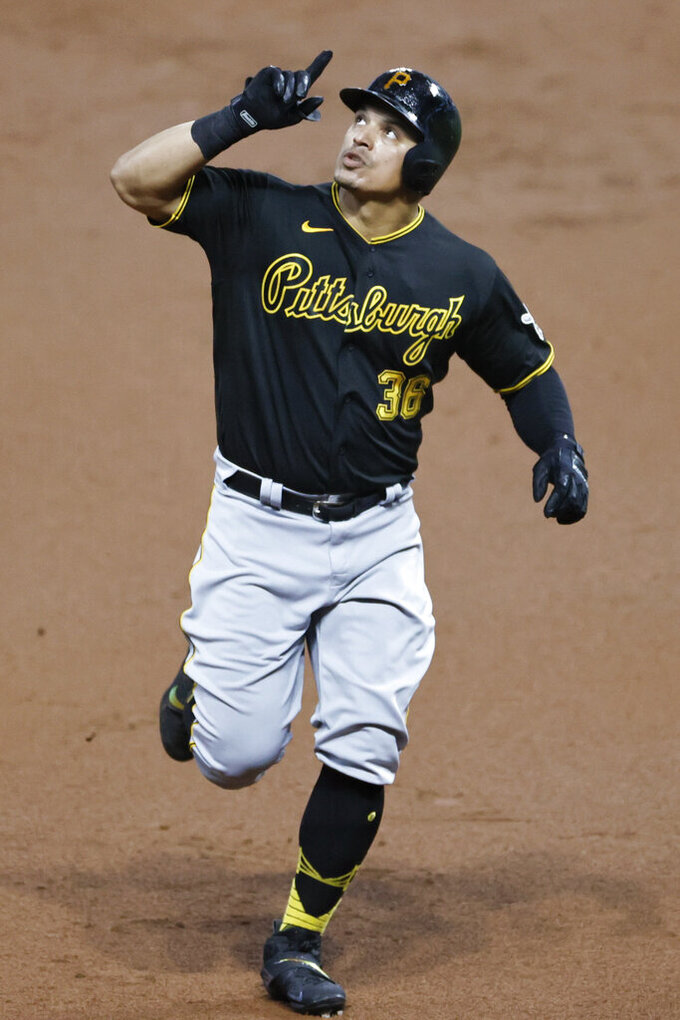 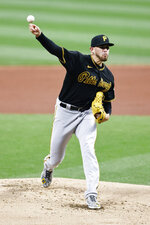 Cleveland suffered a setback in its bid to host a first-round playoff series and had its six-game winning streak snapped with an 8-0 loss to Joe Musgrove and the major league-worst Pittsburgh Pirates on Saturday night.

The Indians fell one game behind the Chicago White Sox for second place in the AL Central and were eliminated from the division title race when Minnesota beat Cincinnati.

In order to earn home-field advantage for the best-of-three wild-card round, Cleveland must beat the Pirates and have the White Sox lose to the Cubs on Sunday. The Indians hold the tiebreaker over the White Sox. Any other outcome sends Cleveland on the road.

“Who knows if we have to leave or stay at home?” acting manager Sandy Alomar Jr. said. “Wake me up when you know because we’ll be in a hotel either way. Our (travel director) has the toughest job on the team. We’re just trying to focus on winning the game.”

Bryan Reynolds and José Osuna also homered as the Pirates won for the third time in 19 interleague games. Hayes scored three runs, doubled three times and had two singles, and is batting .370 (30 for 81) since making his major league debut on Sept. 1.

“This was not the way anyone wants to end the season,” Civale said. “Honestly, I’m not too sure what happened. Tonight definitely is going to sting.”

Musgrove (1-5) earned his first victory in exactly one year, allowing three hits while striking out 10 in a season-high seven innings. The right-hander did not allow a run in his final two outings, striking out 21 over 13 frames.

The Indians were shut out for the fifth time and did not push a runner past second base. Nick Tropeano and Dovydas Neverauskas finished off the five-hitter.

“When your offense puts up runs like they did tonight, it takes a lot of pressure off and allows you to go into attack mode,” Musgrove said.

MVP candidate José Ramírez went 1 for 4 for Cleveland, which had three walk-off victories in the previous four days. He has six homers and 18 RBIs in the last 11 games, raising his average to .288.

“I was thinking, I hadn’t had five hits in a game since the first week or two of low A-ball,” he said. “This is really special for me.”

UP IN THE AIR

The Indians will start Shane Bieber, Carlos Carrasco and Zach Plesac in their initial playoff series, but Alomar said they haven’t decided on their first long reliever, if one is needed.

Rookie Triston McKenzie and Civale are the primary candidates.

“We would have to look at the matchups and see who the best pitcher is in that situation,” Alomar said.

Derek Shelton was hired as the Pirates’ manager on Nov. 27, 2019, but hasn’t spent much time exploring the city because of the coronavirus pandemic.

“I’m excited to actually see Pittsburgh next year,” he said. “Except for my apartment and the Walmart, I haven’t really been anywhere around town.”

Shelton spent the previous 15 seasons as a coach, all with AL teams.

Pirates: RHP J.T. Brubaker (1-3, 4.46 ERA) makes his second start against Cleveland this season on Sunday. He gave up three runs in three innings on Aug. 18, but didn’t factor in the decision.

Indians: RHP Cal Quantrill (2-0, 2.17 ERA), a converted starter, will open a bullpen game to wrap up the regular season. RHP Adam Plutko is slated to work as a bulk reliever behind him.