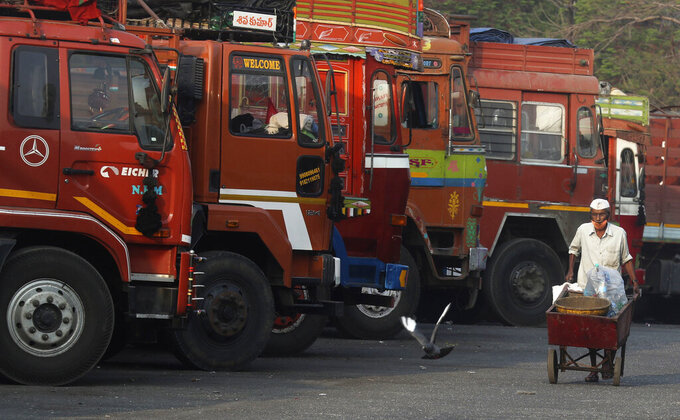 NEW DELHI (AP) — India’s economy expanded by a weaker-than-expected 0.4% in the October-December quarter, which still allowed it to escape recession following large contractions in the two previous quarters during the coronavirus pandemic, the government said Friday.

The National Statistical Office projected an 8% contraction for the 2020-21 financial year, which ends in March. In January, it had projected a contraction of 7.7% for the fiscal year, following 4% growth in 2019-20.

India’s economy contracted by 7.5% in the July-September quarter following a record plunge of 23.9% in the previous three months. The government had imposed a strict two-month lockdown across the country in March after the outbreak of the pandemic.

A country enters a technical recession if its economy contracts in two successive quarters. India's recovery is expected to improve with a rise in consumer demand and investment.

The IMF estimated that the Indian economy contracted 8% in 2020.