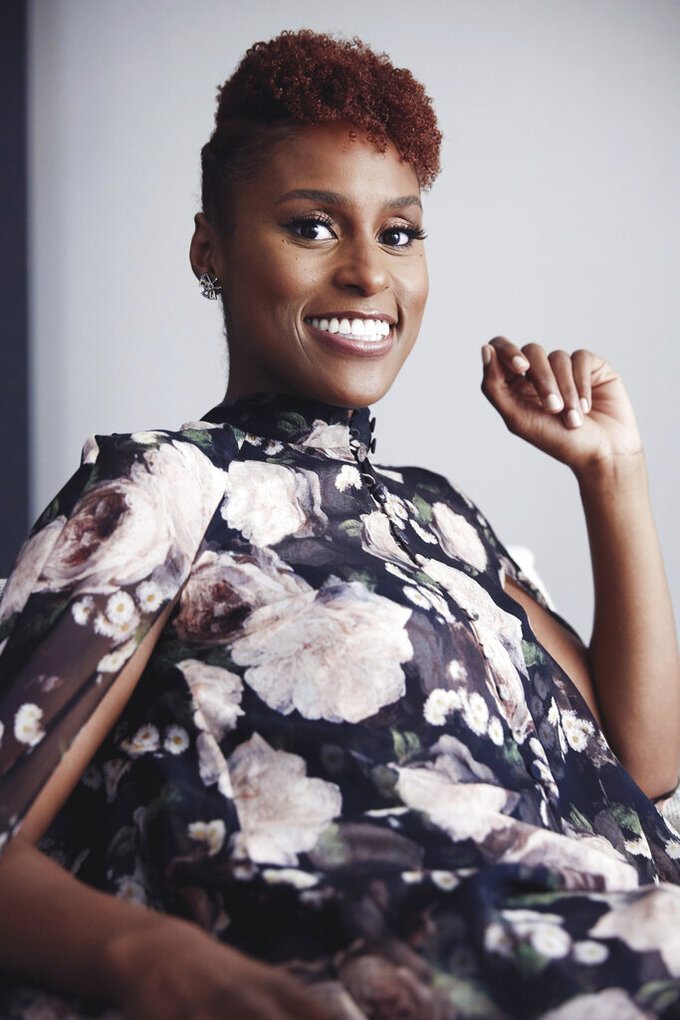 FILE - Issa Rae poses for a portrait in New York on Aug. 8, 2018. The "Insecure" star is urging people to shop locally as part of Small Business Saturday, a couple days after Thanksgiving. (Photo by Taylor Jewell/Invision/AP, File)

LOS ANGELES (AP) — With many small businesses struggling to hold on during the coronavirus pandemic, Issa Rae believes now is the time to support independent stores more than ever.

The creator and star of HBO series “Insecure” strongly encourages people to shop locally as part of Small Business Saturday, a couple days after Thanksgiving. She said the initiative created by American Express, for which she is a compensated endorser, can help give an extra push during the holidays to small businesses who have gone into survival mode.

“Survival is on the line,” the Emmy-nominated actor said in a recent interview. “You’re seeing the pandemic shut down so many businesses and businesses are struggling. I think now is the best time to shoutout some of the places that literally need you to keep their doors open.”

While growing up, Rae learned the importance of shopping at small businesses from her grandparents and mother while living in Inglewood, California. As a child, she initially wanted to shop the popular brands, but ultimately saw the value of spending her own dollars in her neighborhood as she grew older.

“For some reason in my mind, it was ingrained that these businesses weren’t good enough because they didn’t have the means to advertise on television," she said. “I felt like we were getting the low brand version of what I really wanted. But as I grew up, I realized — while embracing my neighborhood — how harmful that perspective was.”

On Saturday, Rae will be purchasing products from a few Black-owned businesses including Queen Boutique in Los Angeles. The actor also became a partner and co-owner of a coffee shop called Hilltop Coffee and Kitchen in Inglewood last year.

So far, during the pandemic, Rae has watched several businesses close down, which she says “breaks my heart."