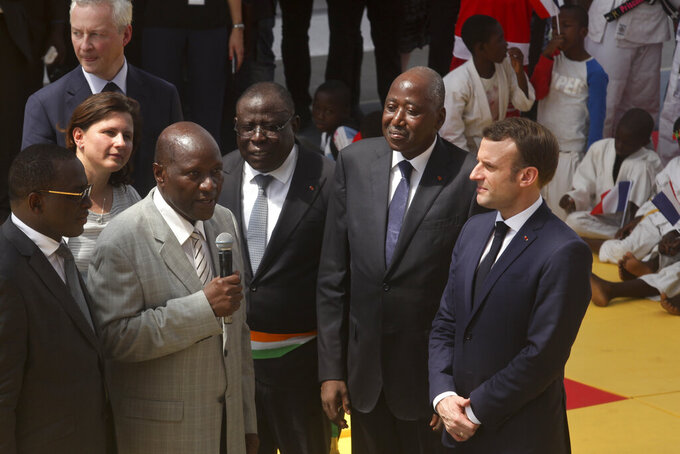 Coulibaly's death throws the upcoming presidential election into disarray, raising concerns about who now will represent the party of President Alassane Ouattara, who is required to step down after his second term.

Coulibaly, 61, had not spoken publicly about why he went to France back in May. Many speculated that his health problems were related to his 2012 heart transplant.

Ouattara's party has been in power since post-election violence a decade ago left some 3,000 people dead after then-President Laurent Gbagbo refused to acknowledge his defeat in a runoff vote.

Initially, there was speculation that Ouattara would try to extend his rule, but he eventually said he would not run and threw his support behind Coulibaly.

Coulibaly's death was announced Wednesday on national television, and the president issued a statement calling him “my younger brother, my son" and his closest political ally for 30 years.

“I salute the memory of a statesman of great loyalty, devotion and love for his country,” Ouattara said.

Coulibaly, who had been allowed to travel to France despite airport closures related to the COVID-19 pandemic, had returned to Ivory Coast six days ago. He attended a ministerial meeting at the presidential palace in Abidjan on Wednesday, but later fell ill, officials said.

Tensions already are rising over Ivory Coast's political landscape months ahead of the October vote. An arrest warrant was issued for Guillaume Soro, the first candidate to declare he was running, as he prepared to return from abroad. He later was convicted in absentia to 20 years in prison on charges his supporters say were aimed at sidelining his candidacy.

Former President Henri Konan Bedie has indicated he will run again at the age of 86. Bedie, who previously led the country from 1993 until a 1999 coup, is expected to represent the PDCI-RDA party.

There also has been uncertainty about the political ambitions of Gbagbo, the president forced from power after losing the 2010 election. He has been acquitted of crimes against humanity charges at the International Criminal Court but has been unable to return home to Ivory Coast where he still has considerable support. Prosecutors at the ICC are appealing his acquittal.