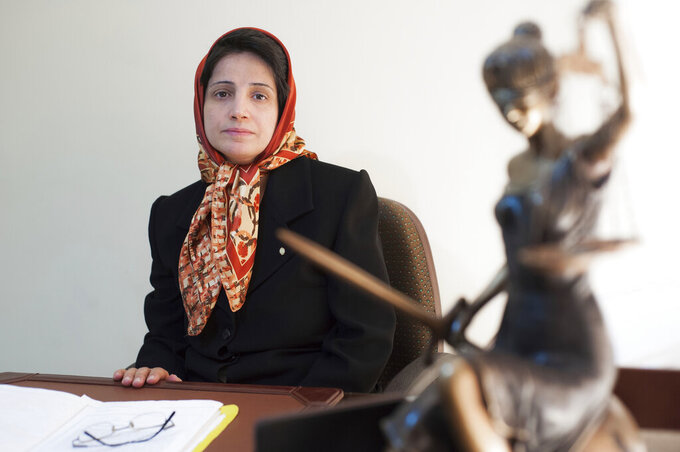 TEHRAN, Iran (AP) — A leading Iranian human rights lawyer has been hospitalized a month after launching a hunger strike seeking better prison conditions and the release of political prisoners amid the pandemic, her husband said Saturday.

Reza Khandan said that healthcare professionals decided to hospitalize his wife, Nasrin Sotoudeh, because of heart and respiratory problems as well as low blood pressure.

Khandan said Sotoudeh was transferred to a hospital in north Tehran from the notorious Evin Prison earlier on Saturday.

Sotoudeh began her hunger strike in mid-August from her prison cell. She was arrested in 2018 on charges of collusion and propaganda against Iran's rulers and eventually was sentenced to 38 years in prison and 148 lashes. Under the law she must serve at least 12 years.

During her prison term, Sotoudeh occasionally visited clinics as she suffered chronic gastrointestinal and foot problems.