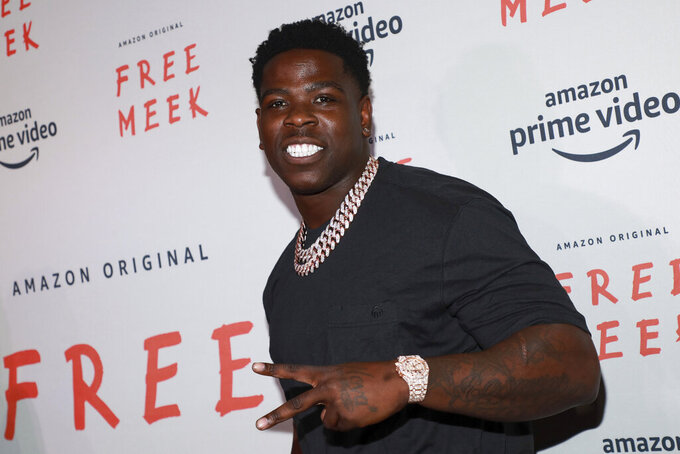 VALHALLA, N.Y. (AP) — Rapper Casanova, who is jailed in New York in a gang-related federal racketeering case, is facing disciplinary charges over a dance challenge video posted on social media.

The 34-year-old rapper, whose legal name is Caswell Senior, will be disciplined by officials at the Westchester County Jail after a woman recorded him accepting the so-called Junebug challenge during a video visit, the Journal News reported.

The challenge asks TikTok users to perform a set of moves in the strangest location they can think of. The woman recorded Casanova dancing in jail and posted it on Instagram, the newspaper reported.

“I’m happy to say we don’t have a lot of issues with video visits because inmates know it’s a privilege, not a right,” Spano said.

Casanova faces another charge for not wearing a mask, authorities said.

Casanova's attorney, James Kousouros, noted that his client was not the one who posted the video and said he hopes the matter can be resolved without Casanova being cut off from video visits, the only way he can see his loved ones during the coronavirus pandemic. Kousouros said Casanova was just “trying to keep his spirits up and have a laugh."

Casanova was among 18 alleged members of the Untouchable Gorilla Stone Nation gang charged in a federal indictment in December with a host of crimes in New York City and elsewhere in New York state. Casanova has pleaded not guilty to charges of conspiracy to commit racketeering, conspiracy to distribute controlled substances and firearms possession.