Japan's SoftBank back in the black as investments improve 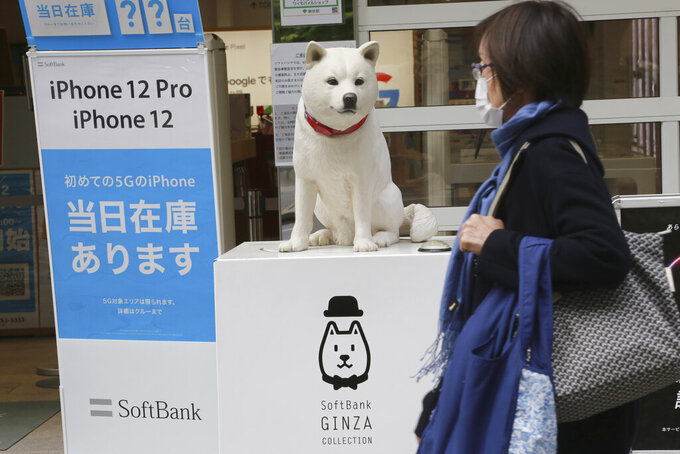 TOKYO (AP) — Japanese technology company SoftBank Group Corp. said Monday it bounced back to profitability in the last quarter as its investments improved in value.

The Tokyo-based company reported a 627 billion yen, or about $6.1 billion, profit in July-September, compared with a loss of 700 billion yen in the same quarter of 2019.

SoftBank, which invests in an array of companies, has sold U.S. carrier Sprint, as well as British IoT company Arm. It has also sold some its stake in Chinese e-commerce company Alibaba to raise cash for more investments.

Sprint merged with T-Mobile in April, which means Sprint is no longer part of SoftBank’s group or earnings.

The company's chief executive, Masayoshi Son, has described hardships from the coronavirus pandemic to those of the Great Depression.

But the crisis has proven to be a plus for some technology companies as people stuck at home gear up to work remotely and shop online.

Son told reporters the company was sticking to its initial goal of delivering happiness to people through what he calls “the information revolution." He said profits or losses mean little to his business model. The critical thing for SoftBank is its net asset value, he said.

Son said his investments will focus on AI, or artificial intelligence, which he said will prove vital to all the companies he's banking on, like robots doing deliveries and automated driving.

Some startups SoftBank has banked on have played out better than others. Office-sharing company WeWork slammed earnings last year. But SoftBank still has hopes for WeWork’s potential in some markets such as Japan, where interest remains even with the pandemic.

SoftBank also has investments in Yahoo! Japan and the Pepper companion robot, and in its SoftBank mobile carrier in Japan, the first to offer the iPhone in Japan.