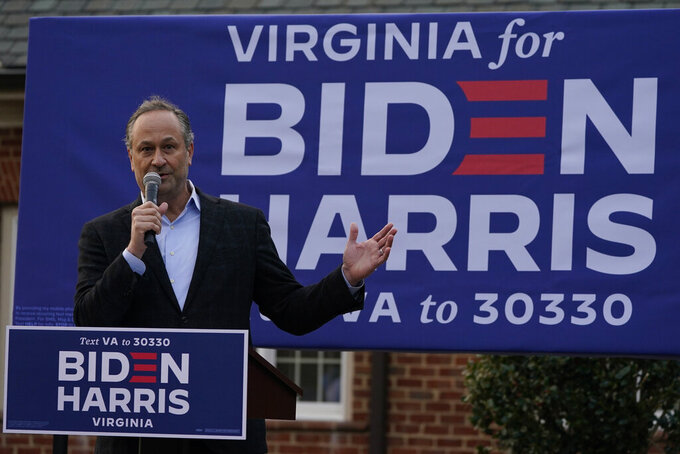 The state contributes 13 votes to the Electoral College; it takes 270 votes to win the presidency.

Trump made noise about carrying Virginia, doing a quick campaign rally at the Newport News airport in September that drew thousands of supporters. Overall, though, the state was not a focus of either campaign.

While Virginia was considered a swing state as recently as 2012, it has trended sharply toward Democrats over the past decade, especially in the populous northern Virginia suburbs. Republicans have not won statewide in Virginia since 2009. Last year, Democrats took control of both houses in the state’s General Assembly.

Still, Trump made Virginia’s Democratic governor, Ralph Northam, a frequent target of his attacks. In an October interview after he was diagnosed with the coronavirus, Trump defended his stance against wearing masks by contrasting himself with Northam, a medical doctor who also contracted the virus.

“Look, you have the governor of Virginia, he wore a mask all the time — you’d never see the guy without a mask — he catches it,” Trump said.

In another interview, the president went so far as to claim that Northam “executed a baby,” incorrectly twisting Northam’s own mangled explanation of his view on late-term abortions.