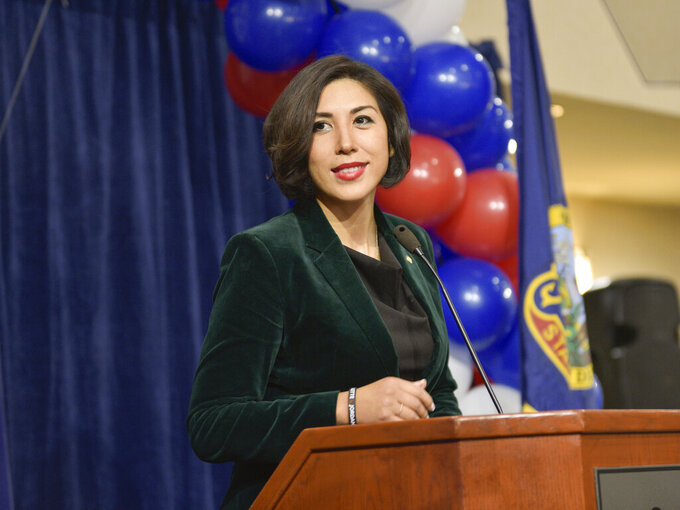 The former state lawmaker will face incumbent Sen. Jim Risch, who ran unopposed in the Republican primary and will be heavily favored in November in conservative Idaho.

Jordan is well known in the state from her campaign two years ago. She lost to Republican and then Lt. Gov. Brad Little.

Jordan is a member of the Coeur d’Alene Tribe with a long history of working on the tribal council. Jordan has generally advocated for progressive policies, including teacher loan forgiveness, better rural education and better access to health care.

Risch chairs the Senate Foreign Relations Committee and has been an avid supporter of President Donald Trump. Trump is popular in Idaho, having won about 60% of the vote in 2016.

Risch has a lengthy career in Idaho politics, serving briefly as governor in 2006. He also served as a lieutenant governor and as an Idaho state senator.

Simpson, who has been in office since 1999, defeated Kevin Rhoades, a Boise resident and small businessman. Rhoades tried to position himself to the right of Simpson. But Simpson has a long history of bringing in federal dollars for the U.S. Department of Energy’s Idaho National Laboratory, one of the largest employers in Simpson’s district as well as the state.

Simpson will be a heavy favorite in the fall against Democrat Aaron Swisher, who ran unopposed in the Democratic primary.

Idaho’s 2020 primary became the state’s first mail-in primary due to the coronavirus pandemic, and then a ruling in a federal lawsuit gave voters an extra week to request ballots. It was the lawsuit by Jones that extended the deadline a week for requesting ballots.

More than 430,000 ballot requests came in ahead of the May 26 deadline, including 14,000 after the initial May 19 deadline. More than 300,000 ballots had been returned by Tuesday morning, with more coming in during the day.

“I think we’re going to end in the 320,000 or just over range,” said Chad Houck, chief deputy at the Idaho secretary of state’s office.

That would push participation well above 30% among registered voters.