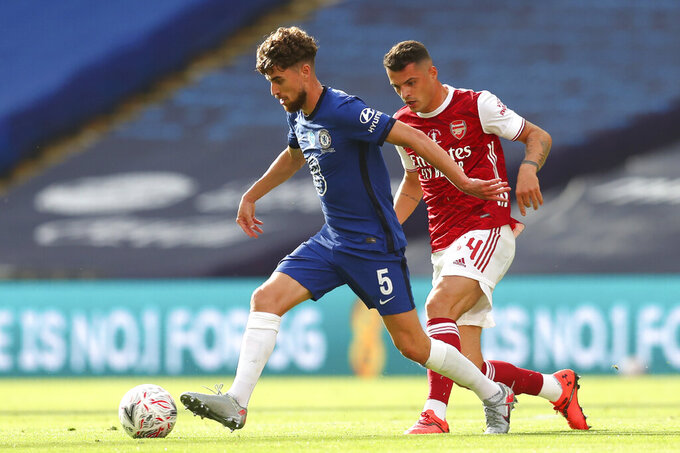 ROME (AP) — Midfielders Jorginho and Sandro Tonali were provisionally included in the Italy squad while they complete isolation procedures after potential exposure to the coronavirus.

Both players had asterisks next to their names in the large 37-man squad named by coach Roberto Mancini on Thursday ahead of Nations League matches against Bosnia-Herzegovina and the Netherlands.

The team announcement said “the call-up is suspended pending the outcome of tests at the end of the isolation period.”

Several Chelsea players reportedly tested positive for the virus upon returning from vacation, resulting in Jorginho being placed in isolation.

Brescia players, including Tonali, were also placed in isolation for the same reason.

Captain Giorgio Chiellini is back in the squad after more than a year off due to injury.

The Azzurri host Bosnia in Florence on Sept. 4 then visit the Netherlands three days later in Group 1.

They will be Italy’s first matches since November, when the Azzurri beat Bosnia 2-1 in European Championship qualifying then followed up with a victory in Armenia to stretch their record winning streak to 11 matches.

Mancini was hired after four-time champion Italy failed to qualify for the 2018 World Cup.

Italy failed to advance from the group stage in the 2018-19 Nations League -- Mancini’s first tournament in charge.