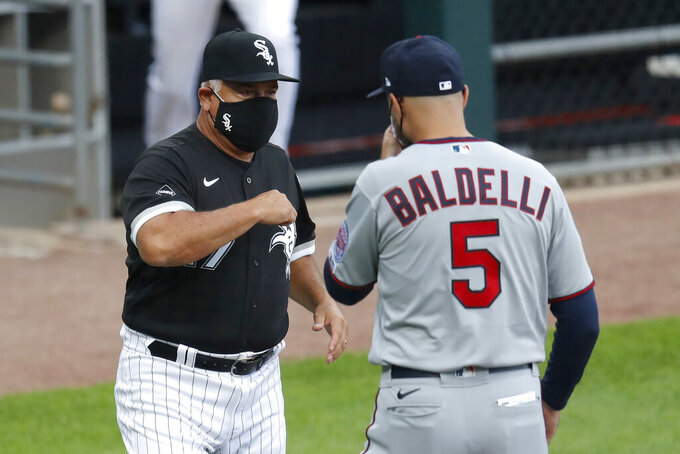 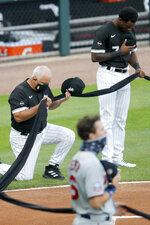 CHICAGO (AP) — Max Kepler homered against White Sox ace Lucas Giolito in his first two at-bats and the Minnesota Twins beat Chicago 10-5 on Friday night in the clubs’ first game of a 60-game season shortened by the coronavirus pandemic.

“Now that we have 60 games, we’ve really got to get our swings in early,” Kepler said. “I was ready."

White Sox slugger Yoán Moncada had three hits, including a three-run shot off José Berrios in the second inning that tied the game at 5. The star third baseman showed no ill-effects from missing the start of summer camp because he contracted COVID-19.

“That’s the beauty of extreme talent,” White Sox manager Rick Renteria said. “It’s a gift. He said he’s feeling good and he’ll be back in the lineup tomorrow.”

Jorge Polanco answered with a two-run single in the fourth inning to put Minnesota ahead for good.

Giolito and Berrios struggled, and a duel between the All-Star right-handers never materialized.

Giolito (0-1) allowed seven runs, six hits and three walks before being pulled with two outs in the fourth in his first opening day start.

Giolito said his stuff and velocity were good, but lack of command did him in.

“Pretty much the story of the night was no fastball command, so I got hurt.” Giolito said. “If I commanded the fastball and if the starter on the other side commanded better, it could have been a completely different game.”

“His fastball was actually excellent tonight and he pitched with it as a weapon,” Twins manager Rocco Baldelli said. “I think his other stuff, the feel for his offspeed pitches, probably wasn’t where he would want it, and he wasn’t able to mix the way he normally would. But he battled.”

Trevor May (1-0), the first of four Twins relievers, pitched a scoreless fifth.

Before the game, the White Sox recognized lives lost to the coronavirus and racial injustice with a long moment of silence and scoreboard video.

Just like in other fan-less ballparks on this virus-delayed opening day, Chicago and Minnesota players and staff lifted a thick black ribbon before the game that extended from the left field corner, around home plate and down the right field line.

During the national anthem, 10 Twins and seven White Sox players on the field knelt. Giolito said he also took a knee in the bullpen as he warmed up.

The Twins tagged Giolito for four runs in his 31-pitch first inning — and picked up where they left off last season when they hit a major league record 307 homers.

“We went out there and put some runs up early and that puts everyone in a good place,” Baldelli said. “The confidence is high because of that, it always helps. But it comes down to preparation, being ready from the first pitch and we were.”

Kepler lofted Giolito’s first pitch into the empty stands in right. Mitch Garver drove in a run with a sac fly and Cave plated two more with a sharp single.

After the White Sox cut it to 4-1 in the bottom of the first, Kepler launched a 2-2 pitch deep to right-center in the second for his ninth career multihomer game and a 5-1 Minnesota lead.

Prized White Sox rookie Luis Robert made his major league debut in center field and singled on the first pitch he faced. He added a double in the eighth and finished 2 for 4.

White Sox: OF Nomar Mazara was placed on the 10-day IL on Wednesday and the White Sox didn’t announce a reason. Mazara, acquired from Texas in an offseason trade, is tabbed as Chicago’s starting right fielder. Nicky Delmonico started in his place.