Key developments on the restart of European soccer leagues 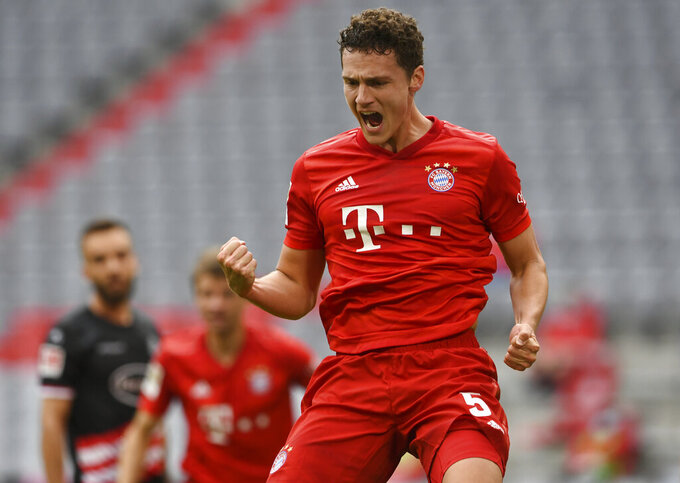 Developments Saturday on the resumption of European soccer's major leagues during the coronavirus pandemic:

GERMANY: Bayern Munich beat Fortuna Düsseldorf 5-0 for its fourth straight win since the resumption of the Bundesliga in empty stadiums. The champions moved 10 points ahead of Borussia Dortmund.

ENGLAND: The Premier League can press ahead with its planned June 17 restart after the government approved the return of competitive sports from Monday if strict protocols are followed. There were no positives in the fourth round of COVID-19 testing on players and coaches conducted on Thursday and Friday as players resumed group training for the first time since the league's shutdown in March.

SPAIN: Full team training sessions will be allowed to resume on Monday ahead of La Liga's June 11 restart. Until now players had been limited to individual training before progressing to small groups.

FRANCE: The leagues were canceled too early in April under government pressure despite health protocols being prepared, according to former sports minister Patrick Kanner. Ligue 1 was the only one of Europe’s five major men's leagues to cancel its season.

ITALY: Serie A is due to resume on June 20, three days after the rescheduled Italian Cup final.