Kitzbühel downhill moved to Sunday because of rain, snowfall 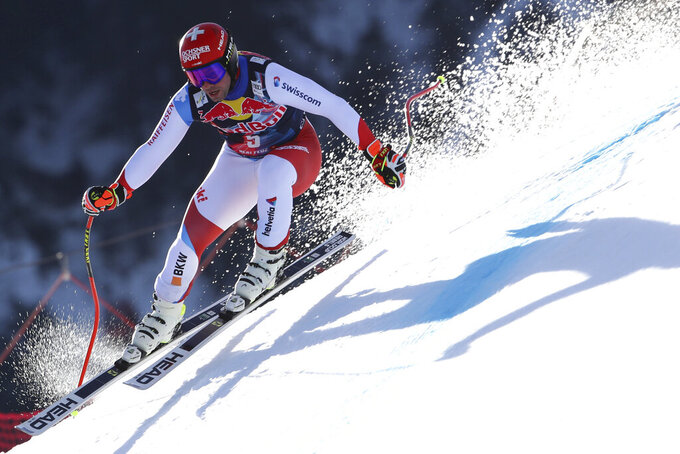 KITZBÜHEL, Austria (AP) — The second men’s World Cup downhill on the Streif course was pushed back a day after rain and snowfall canceled the storied race on Saturday.

The downhill was rescheduled for Sunday morning, and a super-G initially planned for that time slot was postponed to Monday morning.

The International Ski Federation said Saturday's race was called off “due to the current weather situation and the conditions of the slope.”

The downhill in the Austrian Alps on one of the most frightening courses of the circuit is an annual highlight of the Alpine skiing season. It usually attracts up to 50,000 spectators, though no fans are allowed this year amid tight anti-coronavirus measures.

Beat Feuz, a three-time downhill World Cup champion and 2017 world champion, won the downhill for the first time on Friday, when his Swiss teammate Urs Kryenbühl and American skier Ryan Cochran-Siegle got injured in high-speed crashes.

Friday’s race was rescheduled from another iconic resort, Wengen in Switzerland, where the race was canceled last week following a rise in COVID-19 infections.